The Recipe for Happiness During Challenging Times! 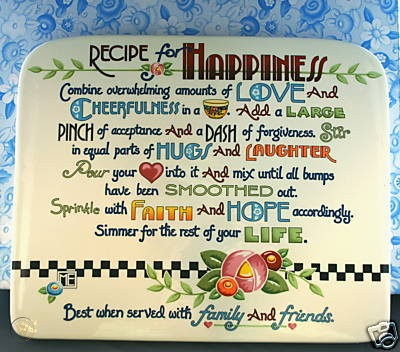 All that Hashem does is good. Although we can’t always see it with our own eyes, one day we will understand why certain things had to happen.

Rudolf Vrba worked in the death camp of Auschwitz. He took precise notes of the atrocities that were being done and wanted to escape to prove to the world what was going on. One day, he hid underneath a very large pile of wooden boards, together with his friend, Alfred Wetzler. When their escape was noticed, a massive search broke out. They hid there in panic, not eating and barely sleeping. With just a few hours left until the search would be over, two German soldiers decided to check under their pile of wood. The soldiers began removing the boards. As the soldiers began lifting the last layer of boards, the dinner bell rang. One soldier told the other, “Let’s just finish this first, then we’ll go.” But the other one said, “If we don’t go right now, there won’t be any food left for us.” They left and never came back.

After three full days without food, Rudolph and Alfred were almost too weak to lift the remaining boards that covered them. With one last attempt, they just managed to move them. Miraculously, they escaped. The report they presented on the atrocities that took place in Auschwitz, is credited with saving tens of thousands of Jews from death.

Rashi questions the end of the pasuk, wondering why the Torah repeated, “These were the years of the life of Sarah”. Rashi explains the Torah is teaching us that all the years of Sarah’s life were equally good. Rabbi Naftoli Tzvi Yehudah Berlin zt”l, in his commentary Ha’emek Davar, says that Rashi is telling us Sarah felt joy and happiness all the years of her life.

How can Rashi say that Sarah felt joy and happiness for every moment of her life? Didn’t she suffer throughout her life? She didn’t have a child for the first ninety years of her life. She felt the need to give her maidservant, Hagar to Avraham as a wife, hoping that she would bear him a child. Furthermore, when Hagar became pregnant immediately, she began to act disrespectfully to Sarah. Also, Sarah experienced famine and had to leave Eretz Yisroel. She was taken captive twice, once by Pharaoh and once by Avimelech. Only due to miracles was her purity protected. After she gave birth to Yitzchak, many people doubted that he was genuinely her child. Sarah also had the challenge of sending Yishmael out of her house to prevent him from negatively influencing Yitzchak. Was this this good life that Sarah had experienced?!

Rabbi Naftoli Tzvi Yehudah Berlin zt”l explains, that Sarah had a very strong faith and trust in Hashem. That enabled her to feel joy and happiness for her entire life.

This is a powerful lesson for us. We all experience difficulties and challenges throughout our lives. At times, it may seem as if we are in total darkness and are totally abandoned. In reality, we are not. Hashem loves us immensely and only wants to give us goodness and happiness. What appears as a challenge today, may be the source of our salvation tomorrow.