Can We Bottle This Fragrance? 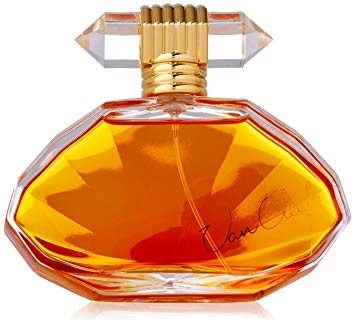 "…and he [Yitzchak] smelled the fragrance of his [Yaakov’s] garments and blessed him." (Bereishis 27:27)

As Yitzchak felt he was nearing death, he wanted to bless his firstborn son, Esau. Yitzchak was unaware that Yaakov had previously purchased the rights of the firstborn from Esau, whose revolting behavior made him undeserving of the blessings. Yitzchak’s wife, Rivka, had received a prophecy from Hashem that Yaakov was the one who deserved the brachos. She commanded Yaakov to go in Esau’s place to receive the brachos. She prepared a meal for Yaakov to bring to Yitzchak. She also told Yaakov to wear goat skins on his arms so that they would appear as if they were full of hair, as Esau was very hairy.

The Midrash gives a beautiful explanation. Instead of reading the word as begadav, garments, it can be read as bogdav, those Jews who rebelled against or betrayed Hashem. It was this special fragrance that Yitzchak smelled.

How could a beautiful smell come from the deeds of those who rebelled against Hashem? The Midrash continues, giving a specific example. During the Roman destruction of the Second Beis Hamikdash, there was a Jew by the name of Yosef Me’shisa, who collaborated with the Romans. After the destruction, the Romans wanted a Jew to be the first to enter the Beis Hamikdash to plunder the holy vessels. They asked Yosef and offered him that he could keep whatever he selects. Yosef did so and exited with the golden menorah. When the Romans saw the beautiful menorah, they told Yosef that this item was too special for him and that he couldn’t keep it. They told him to go back inside and take something else. Surprisingly, Yosef refused to go in a second time. A transformation had come over him. The Romans offered to give him three years of royal taxes if he would go in again. Yosef refused saying, “Is it not enough that I have angered my G-D once that I should now anger Him a second time?” The Romans then tortured Yosef to death. As he was dying, he cried out, “Woe is to me that I have angered my Creator!” Yosef died, doing complete repentance.

Rabbi Henach Leibowitz zt’l questioned what brought about such a dramatic change in Yosef. One moment he was collaborating with the enemy and the next moment he willingly gave up his life rather than anger Hashem again. The answer is the “pintle neshama” that every Jew has. Every Jew has a spark of holiness within him that could ignite at any moment. Even the lowest Jew has that spark of holiness within him. That spark can be ignited and uplift even a traitorous Jew into one who is willing to sanctify his life for Hashem.

This was the beautiful fragrance that Yitzchak smelled. The inherent beauty of every Jew to go from the lowest of the low to scale great heights.

Every Jew has within him a spark of holiness that can never be extinguished. One should never give-up hope on any Jew, no matter how low he has fallen. Even the biggest sinner can suddenly rise to the greatest heights in an instant, seemingly without any explicable reason.