Save the Other Half of the Blanket! 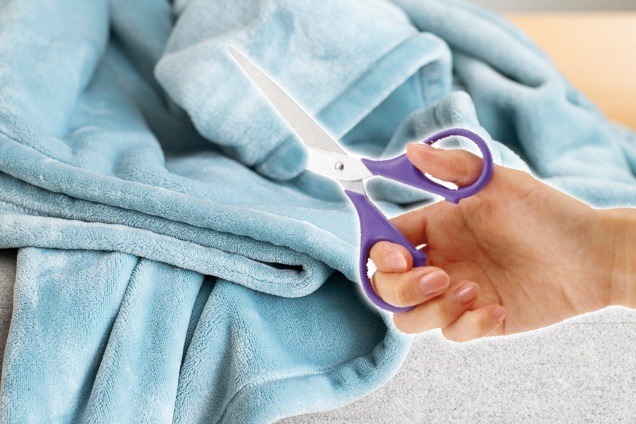 "And Hashem appeared to him [Avraham] in the Plains of Mamre…" (Bereishis 18:1)

Rashi is bothered by the following question: Why was it necessary for the Torah to specify that Hashem appeared to Avraham in the Plains of Mamre? We already know from last week’s parsha where Avraham was!

Rashi answers that the Torah wanted to give Mamre special mention and special credit for advising Avram about the Bris Mila.

The Da’as Zekanim quotes a Midrash that asks, how is it possible that such a great tzadik, as Avraham, who passed all of Hashem’s tests without needing advice, should suddenly need advice when it came to doing the Bris Mila?

The Da’as Zekanim answers that Avraham was not asking for advice if he should do the Bris Mila. Certainly, he would do it. He just wanted a suggestion how to encourage his household to perform this special mitzvah since they had initially refused (Hashem had commanded that Avraham, his family, and his household perform a Bris Mila). Mamre advised Avraham that first he should perform the Bris Mila on himself and his son Yishmael. When Avraham’s household would see that he did it, they too would follow suit. The suggestion worked, and they accepted the mitzvah of Bris Mila upon themselves.

We see a beautiful lesson from this Midrash: To encourage a specific action, teach by example. Don’t ask someone to act one way while you, yourself, act the opposite.

The way to teach a child to act with respect, to love mitzvos, to pray with concentration… is by setting an example and acting that way ourselves.

A couple was once discussing what to do with an elderly parent who lived with them and they no longer wanted to “bother” to care for. They decided to send him to a nursing home, along with a special, warm blanket. Their young son, hearing their decision, burst into the room, unhappily. He loved his grandfather and was unhappy with their decision. He told his parents to save one half of the blanket. When his parents questioned him, he explained that he wanted to have something to give them when they got old and he sent them away.

What message are we sending to others by our actions? Are we asking them to act one way while we act differently?

As parents, what lessons and messages do we want to give to our children? Do we want them to act one way while we, ourselves, at times, act in just the opposite way?

We teach by example. May Hashem bless us with family and friends who follow the proper example and remain on the true path of closeness with Hashem.