LEARN TORAH OR DO A CHESSED? FLIP A COIN?? 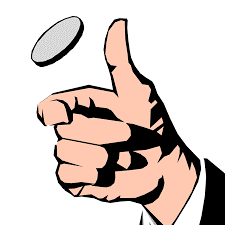 Boaz said in reply, “I have been told of all that you did for your mother-in-law after the death of your husband, how you left your father and mother and the land of your birth and came to a people you had not known before.”  (Rus 2:11)

Dr. Meshulam Hart is a well-known and respected pediatrician in Bnei Brak, Israel. He has become very knowledgeable about medical information related to the coronavirus. Since the coronavirus pandemic began spreading around the world, Dr. Hart has been receiving thousands of calls every day from all over Israel and the world asking for his advice. He was even asked by the Gedolei Hador to advise yeshivos how to safely re-open. He has also published instructions on this topic for the public. Dr. Hart asked HaRav Chaim Kanievsky shlita, the following question, “I have a chavrusa in the afternoon every day for at least an hour”. However, in the past few weeks, the telephone rings every minute with people calling for advice. May I shut off my phone at least while I learn…I’m also obligated to learn Torah.” Harav Chaim heard the question, thought for a long while and then uttered one word: ‘Chessed.’” Dr. Hart clearly understood that for the current time and in the current situation, since he was one of the few people capable of helping, his obligation to do chessed came before his Torah learning. (Yeshiva World News, May 26, 2020)

The Mishna (Meseches Peah 1:1) states, “And Talmud Torah is equal to all of them.” We receive part of our reward for learning Torah, in this world.  Most of our reward will be given in the next world. Learning Torah is greater than all the mitzvos. The Vilna Gaon in his sefer Shnos Eliyahu writes that every word of Torah learning is a separate mitzvah.  The Chofetz Chaim writes that a person can usually speak two hundred words a minute. If he speaks two hundred words of Torah learning in a minute, he receives two hundred mitzvos every minute that he learns Torah (based on a lecture by HaGaon Rav Gershon Edelstein shlita, Parashas Vayechi 5776 and Sefer Binyan Olam)

Even before the Torah was formally given, Jews learned Torah. Shem and Ever, Noach’s sons had a yeshiva. All our forefathers learned Torah. There are so many stories of people learning Torah both day and night, managing with little sleep because of the preciousness of every word of Torah.

Why is learning Torah so special? Learning Torah enables a person to be as close as possible to Hashem. This is as the Zohar (Acharei Mos) states, “Hashem, Torah, and Yisroel are one.” In other words, Torah is what connects Bnei Yisrael to Hashem. The Tana Dvei Eliyahu (ch. 18) writes that when a person learns Torah, Hashem sits opposite him and learns with him. The Talmud (Gittin 6B) states that when Rebbi Evyasar and Rebbi Yonasan were learning Torah together, Eliyahu Hanavi approached them. They asked him what Hashem was doing at this moment. He said that Hashem was saying, “My son Evyasar says this, and my son Yonasan says this.” (from a lecture by HaGaon Rav Gershon Edelstein shlita, Parashas Vayechi 5776).

As great as Torah learning is, there are times that it must be temporarily put aside. Rabbi Yisroel Salanter was once learning in shul, late into the night, when he heard a conversation between two homeless Jews. (It used to be the custom that the very poor or homeless would sleep in a local shul.) One said that he was very thirsty and asked the other to accompany him outside, to the well, to get a drink of water. The fellow refused to go, saying that he was too tired. Rav Yisroel closed his Gemora and went to the well himself, to get his fellow Jew a drink of water!

The Rambam writes (Hilchos Talmud Torah 3:4), if you have a choice to either perform a mitzvah (for example, chessed) or learn Torah, you should learn Torah. However, if the mitzvah cannot be done by others you should perform the mitzvah first and then continue learning.

When Rus came to collect grain from Boaz’s field, Boaz gave her special privileges. When she questioned why, he told her that he was very impressed with two things that he had heard about her (Rus 2:11). Rus took such good care of her destitute and lonely mother-in-law, even after her own husband had died. Furthermore, Boaz was impressed that Rus gave up so much to convert to Judaism. Rus was a princess. She gave that up, leaving her family and birthplace to convert. Now she was so poor that she had to gather grain just like the rest of the Jewish poor, by gathering it from other people’s fields. The Targum Onkelos says that Boaz told Rus a prophecy that he had received. Jewish kings and prophets would descend from Rus because of her two actions. In fact, the pasuk refers to her act of chessed first. We see from Rus the importance of chessed.

The Sforno says (Vayikrah 25:38) that doing chessed for someone is not just acting with kindness to one individual. It is as if one is doing chessed to all the Jewish People! Despite the importance of doing chessed, learning even one word of Torah is greater! We see the importance of learning Torah. Yet, if you are the only one who can do a time-relevant chessed, then doing the chessed comes first. We see the greatness of chessed. Rev Henach Leibowitz zt”l said (as heard from Rabbi Binyamin Luban) that if someone else can do the chessed then you should not stop learning Torah. However, if you are the only one who can help, it is your obligation to help. The reward for this chessed will ultimately be greater than the reward you would have received for learning Torah. However, if you constantly do chessed instead of learning Torah, you will be ignorant of Torah. What should you do if you are in a group of people learning Torah and you are approached to do a time-relevant chessed? If the chessed is needed immediately and there is no one else to do it, then you should quickly volunteer. You should not think, let one of my friend’s do it while I continue learning. You should quickly volunteer since all of you have an equal obligation to do the chessed.

Let us take advantage of the special opportunity to learn Torah throughout the night of Shavuos, this Thursday night. The night of Kabbalas HaTorah is an especially significant time to learn. However, if we are needed to do a chessed and there is no one else available, we should stop learning Torah to do it. Afterwards, we should resume our learning.