Don’t Bury Him Face Down! 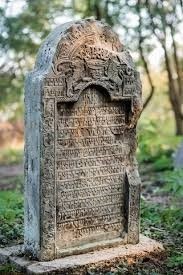 “And every day Mordechai walked in front of the court of the harem, to learn how Esther was faring and what was happening to her”. (Esther 2:11)

A Jewish informer lived in the town of Luban, Russia. He reported any Jewish “wrongdoings” to the government. If he did not like someone, he made up a story to get the person in trouble with the government. The entire town feared this informer and were forced to treat him with respect. When the informer became gravely ill, he demanded that the chevra kaddisha, the Jewish burial society, see him immediately. When they came, he told them that he wanted to be buried, face- down. They were surprised at this strange request which was also contrary to Jewish law. The informer died soon after. The chevra kaddisha went to the town’s rabbi, Rabbi Moshe Feinstein zt”l. They asked him what to do about the burial. On the one hand, it was a mitzva to fulfill a person’s request that was made right before he dies. On the other hand, burying someone face-down was contrary to Jewish law. Rav Moshe replied that one only follows the final request of a dying man if it was not contrary to halacha. Since this request was contrary to halacha, it should be ignored. A few weeks after the informer was buried, a group of Russian officials demanded that the body be exhumed. Having no choice, the chevra kaddisha opened the grave. The Russians looked at it and began to leave. Curiously, one of the members of the chevra kaddisha asked one of the Russian officials what they had been looking for. He replied that the informer had sent them a letter right before he died. The letter said that the Jews in the town hated him and would do something nasty after he died, such as burying him upside down. The officials came, to make sure that had not occurred, otherwise they would have punished the townspeople.

After Achashverosh had Vashti killed, he held a beauty contest to look for a new wife. Esther was brought to the contest against her will. Mordechai had commanded Esther not to tell anyone that she was Jewish and that she came from royal blood, as she descended from King Shaul (Esther 2:10). Rashi explains that Mordechai had felt if it was known that Esther came from royal ancestry, she would have had a better chance of being chosen as the new queen. Mordecai wanted to avoid that at all costs. He didn’t want Esther to be forced to marry Achashverosh. Even after Esther was chosen as Queen, she still did not divulge her ancestry, as per Mordechai’s behest (Esther 2:20). The Talmud (Megillah 13A) says that the king made a special feast and even lowered taxes to try to encourage Esther to divulge her ancestry. King Achashverosh was so curious about his new Queen’s ancestry that he asked Mordechai for a suggestion as to how to encourage Esther to divulge her secret. The Ben Yehodaya (on Megillah 13A) says, Achashverosh was aware that Mordechai had raised Esther. Therefore, Achashverosh felt that Mordechai would be able to help him find-out Esther’s secret. Mordechai did not divulge the secret. However, Mordechai suggested that the king hold a second beauty contest. He said that Esther would probably get jealous and then reveal who she really was. The Maharsha says that Mordechai’s actual intention in suggesting the second beauty contest was the hope that Achashverosh would find another woman that he liked more than Esther. Then Achashverosh would crown a new queen, thus sparing Esther from having to be with Achashverosh.

Mordechai was convinced that Hashem had placed Esther in the palace to eventually save the Jewish People. Otherwise, Hashem would not have permitted the tragic event of a righteous Esther becoming the queen of a non-Jewish man (Esther 2:11). Rashi says that Mordechai even received a “hint” from Hashem that Esther was being put into a position to save the Jews at some future time. Haman had not yet risen to power, so Mordechai did not know yet how Esther would be helpful to the Jews. Therefore, everyday Mordechai would walk past to see how Hashem’s plan would unfold (Esther 2:11).

to keep her heritage hidden, even after being chosen as queen, and by proposing a new beauty contest Mordechai was acting contrary to Hashem’s intentions! If Hashem had placed Esther in the palace to save the Jews, how could Mordechai try to manipulate Achashverosh to find a different queen?!

Mordechai’s actions teach us a very fundamental lesson in Torah hashkafa, philosophy.  One must follow halacha, Torah law, doing everything possible to ensure that halacha is being followed. Mordechai knew that halacha dictated he save Esther from becoming the wife of a non-Jew. As far as the future safety of the Jewish People, that was up to Hashem to ensure. Even though Mordechai knew what Hashem had wanted, Mordechai still had to do what he felt was the appropriate course of action. If the Jews were supposed to be saved, Hashem could find another way for that to happen

Even when confronted with a very challenging situation, we must always follow halacha

and follow the guidance of our rabbis who clarify and interpret the law for us.