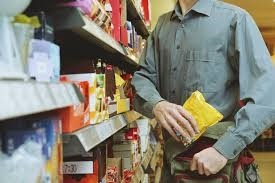 Hashem expects a Jew to act in a manner which sanctifies Hashem’s name.

The Torah tells us, “You are permitted to take interest from a non-Jew but not from a Jew, in order that Hashem, your G-D, will bless you in your every undertaking…” (Devarim 23:21). If a Jew borrowed money from a non-Jew, agreeing to pay him interest on the loan, he may not renege on his word. The Sforno says that if he reneges, he is being dishonest. The Sforno adds, that he is also making a chillul Hashem, profaning and desecrating the Name of Hashem! Chillul Hashem is such a severe sin that one only achieves atonement for it with his death, unless he creates a kiddush Hashem, a sanctification of Hashem’s name. (Rabbeinu Yona in sefer Shaarei Teshuvah).

However, if he does pay the non-Jew the interest on the loan that he had promised to pay then the Torah says that Hashem will bless all his work.

HaRav Henach Leibowitz zt”l questioned this Sforno. We would not think that the sin of reneging to pay the non-Jew interest on a loan is so severe. We may think, true he had given his word to pay it. However, he could easily rationalize that the non-Jew would understand why he is not paying it and therefore he could renege on his word. He could tell the non-Jew that he is treating him the same way that he would treat his brother, a fellow Jew. Namely, that it is forbidden to pay interest to a fellow Jew even if he erroneously promised that he would.

However, it is clear from the Sforno that this is not the behavior that the Torah wants from us. Hashem wants us to act with honesty. If we promised to pay the interest to the non-Jew than we MUST do so. Not to do so is considered treachery and a chillul Hashem!

The Rosh HaYeshiva zt”l said that we live in a time when people are looking for monetary loopholes, especially when dealing with non-Jews. We must realize the gravity of the sin that our action is causing. We may be doing a terrible, terrible sin of causing a chillul Hashem that even Yom Kippur does not atone for. We must be very careful when dealing with non-Jews and with the government to always act in a very honest way.  And, if we do so, the Torah promises that we will not lose out. Rather, we will gain because Hashem will bless our efforts.

We must always be honest in business and avoid any chillul Hashem.

Hashem will give us extra blessings when we do so.