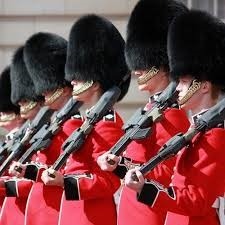 Rabbi Chaim Volozhin zt”l, the Rosh HaYeshiva of the Volozhin yeshiva in Europe, ensured that at all times of the day and night, someone in the yeshiva was learning Torah. The Rabbis are quoted as saying that there is a big difference between a king’s palace that has guards constantly watching it and a palace that does not. The Mishkan was like Hashem’s palace. Leviim took turns guarding it all hours of the day and the night. Similarly, Rabbi Chaim Volozhin zt”l said, in our days, the yeshiva is the palace of the king. It is fitting that there be guards, namely students learning Torah, at all times. (Talelei Oros by Rabbi Yissachar Dov Rubin)

The Mishkan was surrounded by the different tribes. When the Jews travelled in the desert, they travelled in a special formation. The first to journey was the group of shevatim, led by the tribe of Yehudah. Why didn’t the tribe of Reuven, the firstborn, travel first? The Kli Yakar explains that the group of the tribes of Yehudah, Yissachar and Zevulun went first because those tribes were the pillars of Torah learning. The Kli Yakar continues, that they traveled first, because they should be the first in war, for the wars of Israel are not fought with the sword and spear. Rather, they are armed with the merit of the Torah.

The Talmud (Sotah 35A) quotes a pasuk from Tehillim that Dovid Hamelech called the words of Torah, songs. He was so emotionally enraptured by learning Torah that it was like listening to beautiful music. Rashi explains that when Dovid had to flee for his life, from his enemies, he would find refuge in learning Torah, like the sweetest music.

We would think that Dovid Hamelech’s comparison of Torah to music was very special, indicating the emotional impact Torah had on him. However, Hashem was displeased with this comparison.  Since Dovid Hamelech referred to the words of Torah as “songs”, he was punished by the calamity of Uza. The Maharsha explains that one is not constantly singing, whereas learning Torah requires constant and total involvement.  Even when a person goes to sleep, his mind should be working on Torah. There are stories about various gedolim whose Torah was such a part of them that they were heard to be murmuring words of Torah while they were in the middle of sleeping. Hashem said to Dovid, “Matters of Torah are so difficult and demanding that one whose eyes stray from the Torah even for a moment will forget it, and you call them songs? For this reason I will cause you to stumble in a matter that even schoolchildren know, as it is written with regard to the wagons brought to the Tabernacle: “And to the descendants of Kohath he did not give, because the service of the holy things belongs to them; they carry them upon their shoulders” (Numbers 7:9). And although the Ark clearly must be carried on people’s shoulders, Dovid Hamelech erred and brought it in a wagon.

Torah is our life. Rabbi Akiva compared one who does not learn to a fish out of water. He cannot truly live.

What does one do if he is not gifted and feels that he will never truly understand Torah even if he would toil in it his entire life? Obviously, this person will not put as much time or energy into learning Torah because he feels that he will not achieve anything.  Rav Moshe Feinstein zt”l (quoted in Talelei Oros) has an answer for this person. He explains that Parshas Bamidbar is always read on the Shabbos before the holiday of Shavuos. Why? The parsha discusses the census that was taken in the desert. In the census, every Jew was visited personally, and counted by Moshe and Aharon. That showed the importance of every single Jew. Every Jew matters!

Every Jew’s contribution to Torah learning is important!
Everyone should dedicate himself to Torah to the best of his ability!
Let’s all commit ourselves to learn extra Torah this Sunday night,
when Jews worldwide, stay up all night, learning Torah.
Even if we are only able to learn for a short time, it is valuable to ourselves,
our People, and, of course, to Hashem.