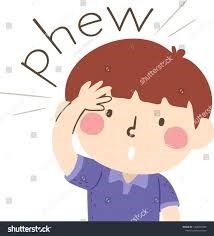 The Talmud (Rosh Hashana 16B) says that we blow the shofar on Rosh Hashana to confuse the Satan. The Satan thinks that the sound he hears is the sound of the shofar, heralding the arrival of Moshiach. Therefore, he restrains himself from bringing accusations against the Jews in the Heavenly court. The Talmud quotes Rabbi Yitzchok who says whenever the shofar is not blown at the beginning of the year, on Rosh Hashana, will be a year that ends with suffering. Tosefos explains in the name of the Hilchos Gedolos that the Talmud is not referring to a year when the first day of Rosh Hashana is on Shabbos, when the shofar may not be blown. Rather, the Talmud means that the shofar was not blown due to an o’ness, an unforeseen circumstance that was out of our control.  We see that even if the shofar can’t be blown due to no fault of our own, the fact remains that the Satan will not be confused. He will bring accusations against the Jews and some harm will result.

Our forefather, Yaakov, told Yosef that his two sons, Ephraim and Menashe, would be considered as Yaakov’s own sons: they would head separate shevatim, tribes.

Obviously, Yosef wanted to carry his father’s coffin and due to no fault of his own, was unable to. It was an o’ness, not in his control. Yet, since he did not show this honor to his father, the Torah did not give him this honor of having his family counted under his name.

Rabbi Yissachar Dov Rubin in his Sefer Talelei Oros quotes HaRav, Simcha Zissel Ziv, the Altar of Kelm who draws a beautiful lesson from this Ba’al Haturim. Even if a person has an excellent excuse for not doing a mitzvah due to no fault of his own, the fact remains that he still did not perform the mitzvah. “If others are counted as having performed a mitzvah, and you are not counted amongst them, then your portion will have to be smaller than theirs, even if your absence was not your fault!”

When the Jews brought their first Pesach sacrifice, there was a group who were impure and were unable to bring the sacrifice. They were impure because they were involved in a very important mitzvah, carrying a dead body. (Some say they were carrying Yosef‘s remains to be buried in the Land of Israel. Others say they were carrying a mes mitzvah, a dead body that had no one else to bury it). They were unable to bring the sacrifice due to an o’ness. Yet, it still would not have been considered as if they brought the korban Pesach. They were not happy with that and complained to Moshe about the lack of fairness. Hashem responded that they will have an opportunity to bring their Pesach korban one month later, during Pesach Sheni.

We should always be grateful for the opportunity to do a mitzvah and not feel relief when we are unable to do it.