You Don’t Have to Do It! 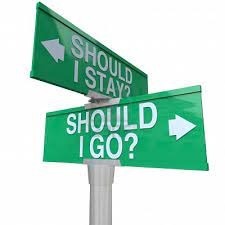 There was a group of people who were travelling by boat to America, with a stopover in France. One of the members of the group felt that it was important that he learn the French language to be prepared for his stay in France. He spent much of his time before the trip and while he was on the boat, learning French. When the boat docked in France, this fellow was able to converse in a fluent French. He felt good about himself, and all the other travelers were very impressed. However, the boat was only in France for a few days. When the boat left France, his knowledge of the French language was useless. He did not have enough time to learn the English language with the time that he had left on the boat. He had spent all his time and energy on what he felt was important. Unfortunately, he did not realize until too late that he had used his time poorly. He should have spent all his time learning the English language which was needed for his ultimate destination. (based on a story by Rabbi Peysach Krohn)

The Midrash Rabba (Vayikra 35:1) quotes a pasuk in Tehillim, “I considered my ways, and I turned my feet to your testimonies.” (Tehillim 119:59). King David was saying to Hashem that every day he would consider his daily schedule. He decided where he had to go and what he had to do. He would think that “To place ‘x’ and to the home of ‘y’ am I walking”. He would start going to those places, but, instead, his feet would bring him to the synagogues and to the Houses of Study, to learn Torah.

Why did King David praise himself for ignoring important government matters to learn Torah? After all, the halacha is that you are permitted to stop learning to perform a mitzvah that only you can do! Furthermore, the Chofetz Chaim zt”l gives the definition of  a masmid, one who immersed in learning Torah. The Chofetz Chaim zt”l says that he is one who learns when he is supposed to and stops learning when he is supposed to do other things.

Obviously, King David was a responsible king who knew the halacha that there were times that he was obligated to stop learning. Of course, he fulfilled all his necessary obligations. However, it is not always easy to distinguish between what is absolutely necessary and what is not. It is not always easy to discern what you must do yourself and what you can confidently delegate to someone else. The yetzer hara always tries to make you feel that you must do more and spend less time in the beis medrash. This was King David’s challenge every day. He had to determine what he had to do and what could be pushed off, what needed more of his time and what did not, and what could be done by someone else, and what he had to do.

It was King David’s overwhelming love for Torah, that helped him solve his dilemma as to when to learn and when to stop, to accomplish other tasks that only he could do. His thirst for Torah helped him determine how to spend his time. Without his overwhelming love for Torah, he would have spent less time learning and more time taking care of matters that he had initially thought were incumbent upon him.

King David’s challenge is our challenge. There are so many activities throughout the day that we feel we must do. And they are all important! However, if we will develop a thirst for Torah, we will be able to remove our blinders and realize that we do not have to do all those things. Or we will realize that we can accomplish those tasks in much less time than we had planned. Then we will discover more free time than we thought we had. We will then have more time to learn Torah, which is what Hashem created us to do.

Based on a dvar Torah by Rabbi Henach Leibowitz zt”l.