Feel the Love and Show the Love! 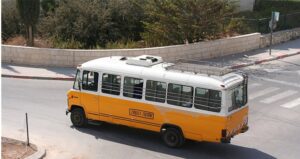 Kalman grew up in Petach Tikvah, in Israel.  He did not have friends. He ate alone, walked-around alone and studied alone. Even when he was invited to join a group he declined, thinking that the invitation was issued out of pity. One day, Kalman felt so sad that he decided to leave yeshiva and start following a less-religious lifestyle. He thought that maybe, in his new lifestyle, he would feel as if he belonged and would feel happier. A few days before Kalman decided that he was going to leave, he remembered that one of the popular boys in the yeshiva was getting married. A bus was going to take all the boys from the yeshiva to the wedding. Kalman did not want to go, but decided that he would, but only if one of the other boys would ask him to join them. The boys ran onto the bus, but no one asked Kalman to come. Feeling dejected and lonely, Kalman went to his dormitory room and started crying. Suddenly, there was a knock on his door and Naftali asked Kalman if he was coming. Naftali was the one person who tried to include Kalman in different things. “We are waiting for you.” Kalman headed for the bus, happy that one person had remembered him. While on the bus, the driver announced that he was leaving at 11 PM sharp and would not wait for anyone. The wedding was beautiful. At a few minutes before 11, all the boys started boarding the bus. As the driver was about to leave, Naftali called out that Kalman was not there. The driver did not care to wait and started the engine. Naftali did not want to leave Kalman alone, so he exited the bus. When the other boys saw what Naftali had done, all 40 of them also left the bus. The bus left, empty of passengers. A minute later, Kalman came rushing outside. He wondered why all the boys were waiting around. Naftali said, “The bus driver was going to leave without you, and we said that we were not going unless you were with us. We just want you to know how much we care.” All the boys went home by taxis. That was a night that Kalman never forgot. He stayed in yeshiva and became a changed person. He began to develop friendships and feel better about himself. Eventually he married and raised a wonderful family.  Kalman’s life was changed because one boy cared and showed him love. (Touched by A Prayer, Volume 1 by Rabbi Yechiel Spero)

Hashem said that the Leviim would be serving in the Mishkan in place of the firstborn of all the tribes. Rashi questions an anomaly in this pasuk. Why does it say the “Jewish People” five times in the same pasuk? Rashi says, it shows us how much Hashem loves the Jewish People. Hashem loves us like the Five Books of the Torah. HaRav Hayyim Yoseph Dovid Azulay zt”l, the Chida, (in his sefer Nachal Kadumim) adds, if you love someone so much, you want to constantly refer to them by name.

Hashem loves each of us so very much!

The question remains, why did Hashem give this message of love, specifically in this pasuk?

Rabbi Yehudah Lowy zt”l, known as the Maharal, in his sefer Gur Aryeh, explains that this pasuk is exhorting the Leviim to do their job very carefully. One of their jobs was to guard the area around the Mishkan, to prevent other Jews from straying there and incurring the death penalty. That would be a major catastrophe “for each member of the Jewish People is as important as the Five Books of the Torah. If one Jew would die it would be as if a sefer torah was burned.” Rashi explains because this Jew could have learned more Torah.

I found it interesting to note that Rabbi Lowy did not say that a learned Jew or a Jew that is exceptionally kind, is as important as the Five Books of the Torah. Rather he says, “each member of the Jewish People,” because each Jew has the potential to learn Torah.

Every single Jew, learned or ignorant of the Torah, religious or irreligious,

is precious to and beloved by Hashem!

That knowledge should make us feel special and feel comforted during challenging times.

It should also teach us a very important lesson. We are taught to follow in Hashem’s ways.

If Hashem loves each Jew, no matter what, so should we!