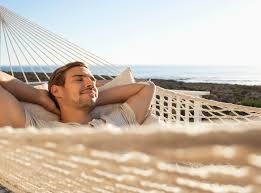 “The land shall not be sold in perpetuity [forever], for the land is Mine; you are but strangers and residents with Me.” (Vayikra 25:23)

Shimon owned a clothing store. One day, a competitor opened a clothing store across the street. Shimon went across to see the owner of the new store. People watching thought that he was going to complain that the new store was going to affect his business. Instead, Shimon offered the competitor business advice and wished him much success. The competitor was in shock! Shimon explained that Hashem was able to provide for both of their needs. Shimon’s faith in Hashem freed him from anger & anxiety. (Wings of Faith Rabbi Asher Rubenstein zt”l on Shaar HaBitachon, written by Rabbi Yosef Tropper)

One aspect of the mitzvah of Shmita is that every seventh year, farmers in the land of Israel are commanded not to work their land. After 7 Shmita cycles, the 50th year is called Yovel. Farmers are commanded not to work their land for both the 49th and 50th years. During the Yovel year, all Jewish slaves are freed even if they served less than the 6-year minimum. Additionally, all ancestral land that previously had been sold is returned to its original owners.

It is normal for one to feel warm ties to his house and his property. Imagine if you were living in your home for most of your life. You worked hard every year in your garden, beautifying it, by planting beautiful flowers. You had a small orchard and after years of hard work, the orchard was finally producing delicious fruit. You were noticing that your efforts were paying dividends. You were feeling fulfilled and satisfied, seeing the results of your hard work. One day, you received a notice in the mail from the city government. They were planning to build a highway through your property. You were going to have to leave all your good memories and hard work behind. When the day finally arrived, you felt sad and dejected.

This is how the farmer could feel. After 50 years, he was obligated to return the ancestral land that he had bought years ago. He may feel that he is giving away a part of himself. It was his land and now he must return it! Rashi explains, to console him the Torah adds, “the land is Mine”. Hashem is telling the person that he isn’t selling his own land that he lived on for 50 years. The land never belonged to him in the first place! It was Hashem’s land! Hashem was nice enough to permit him to stay on the land for the past 50 years.

Rabbeinu Bachya in his sefer Chovos HaLevavos (Sha’ar Cheshbon HaNefesh 3:30) describes how this pasuk expects the farmer to understand his situation. He should consider himself a stranger in a strange land. He doesn’t know anyone, and no one knows him. The king has pity on him and is kind enough to allow him to stay. The king sustains him and tells him to abide by certain rules. The king tells him to be ready to leave at a moment’s notice.

Rabbi Henach Leibowitz zt”l explains that this knowledge will make the person feel better. It will help him to realize that he is totally in Hashem’s hands and that Hashem is the only One upon whom he can rely. Knowing that Hashem can help him, and that Hashem only wants the best for him, will be the source of his feeling peace and tranquility. His total reliance on Hashem will bring him true joy and inner peace. He can then feel good about giving away the land, because Hashem, who only wants the best for him, is telling him to return it.

A young dove was dragging his feet through life, feeling bad about himself and his problems. One day, he shared his woes with an older bird. The older bird asked, “Why don’t you just fly?” “How”, asked the younger bird? “Use your wings!” exclaimed the older bird. “Haven’t you noticed those feathers and bones attached to your body?! Just flap them and you will soar above it all!”

When we go through life feeling bad about our challenges, we must remember that we have powerful wings. We have Wings of Faith that will carry us wherever we need to go! (Wings of Faith Rabbi Asher Rubenstein zt”l on Shaar HaBitachon, written by Rabbi Yosef Tropper)

There are events in life that feel upsetting, frustrating, and stressful. We can remain calm and feel at peace. The trick is to keep telling ourselves that Hashem is running the world and Hashem knows what is truly best for us, in the “big picture”. Hashem cares about us more than we can imagine.

Hashem knows better than we do, what we truly need at each step of the way and in the “long-run”.