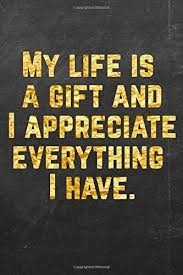 A man wanted to sell his property in the country. He asked his friend to write an ad that he could post in the newspaper. His friend wrote:

For Sale: A beautiful property where birds sing at dawn. Located near the brilliant & sparkling waters of a large stream where deer come to drink. The house is bathed in the light of the rising sun in the morning with plenty of tranquil shade in the evening.

Sometime later, the one who wrote the ad met his friend and asked if he had been successful in selling his property. He replied that he had not. “I changed my mind. When I read what you had written, I realized that what I already have is a treasure.”

Sometimes we look elsewhere, not appreciating the treasures that we already have.

Hashem had prepared a complete world for the first man, Adam. However, the trees and herbs were below the surface and had not yet sprouted. After Adam was created, Hashem made it rain. Then the trees and herbs surfaced. Why did Hashem hold off the rain until after Adam was created? Rashi explains that Hashem wanted Adam to value and appreciate the need for rain and pray for it. HaRav Henach Leibowitz zt”l explains that Adam was exceedingly wise and certainly would have greatly appreciated entering a complete world, with the trees and herbs already there. Yet Hashem delayed it from being complete. Perhaps Adam would have taken it a little for granted and would not have appreciated it as much. Even someone as great as Adam may have had a slight lack of appreciation had he entered a totally complete world.

Later in the Parsha, Adam and Chava ate from the forbidden tree. Rashi explains that as a result, they felt spiritually naked. Hashem had given them only one mitzvah and they transgressed it. Now they would no longer be able to fulfill Hashem’s commandment. Before they sinned, they did not totally understand or fully appreciate what the result of their actions would be. They did not appreciate what it would mean to lose their only mitzvah. Now it was too late.

The story is told of the Vilna Gaon who cried when he was on his deathbed. His students asked him why he was crying. The Vilna Gaon picked up his tzitzis and held them close to his heart. He explained that in this world he purchased his tzitzis for a minimal sum and every moment he wore them he willfully served Hashem. However, in heaven no matter how much money he would spend, he would never be able to choose to serve G-d! That is why the Gaon cried.

It is important to focus on and appreciate what we do have, while we still have it.

We must value each of the mitzvos and do them while we still can.