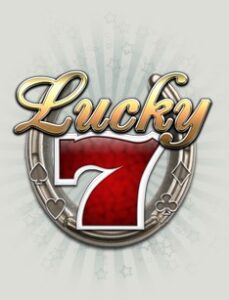 “And Hashem finished on the seventh day His work which he had made…”. (2:2)

The pasuk seems to indicate that Hashem worked on Shabbos. Numerous explanations are given to explain this. Rabbi Chaim Attar, the Ohr Hachayim, answers that no actual work was done on the seventh day. Rather, with the advent of Shabbos, the work of the other six days was solidified and given permanence. Before Shabbos, the world was unstable and shaky. If not for Shabbos, the world would have reverted to nothingness which would have required Hashem to recreate the world. When Shabbos started, the world became solid and stable. Shabbos gave the rest of creation a “soul”. All the creatures were given an abundance of vitality, something which they had lacked until now. Thus, Hashem didn’t “create” Shabbos on the seventh day. Rather, Shabbos was ushered in, providing a finishing touch to creation. Similarly, the Ohr Hachayim explains, based on the Zohar, that a baby boy is not given a bris mila until the eighth day. This ensures that the baby boy will experience a Shabbos before his bris. The contact with the holy Shabbos gives the child added spiritual strength which will then help him to be able for the bris mila.

A poor man was walking on the road, carrying a heavy bundle on his back. A rich man rode by in a carriage and offered the poor man a lift which he gratefully accepted. After a few minutes, the rich man noticed that the poor man still had the heavy bundle on his back. Bewildered, the rich man asked the poor man why he didn’t take the heavy load off his back and place it on the floor. The poor man answered that he did not want to take advantage of the rich man’s kindness. The rich man was already kind enough by allowing the added weight of the poor man to the carriage. The poor man did not want to burden him with the weight of his bundle as well. The rich man laughed at this foolish answer. What difference did it make if the bundle stayed on the poor man’s shoulder or was put down on the floor of the carriage? Either way the carriage still had to bear its weight. (from The Maggid of Dubno and his Parables by Benno Heinemann)

Similarly, Hashem provides for our needs during the week. There is no need to be concerned that the small “extra burden” of providing our Shabbos needs is too much for Hashem. We should “go into Shabbos” with total tranquility. Any “unfinished” work should not burden us. We should feel as if it was totally completed before Shabbos. If we have to close our business in order to observe Shabbos, we shouldn’t feel as if we are losing money. Hashem will take care of us.

A famous story illustrates this. There was a rug merchant enjoying his Shabbos meal with his family. Suddenly, they heard loud and persistent knocking at the door. It was the Sultan’s messengers. The Sultan was having a party and needed some expensive rugs immediately. The merchant apologized that he couldn’t do business on Shabbos. The messengers left, saying that the Sultan would not be happy. Sometime later, the messengers returned with a message from the Sultan. If he didn’t receive the rugs immediately, he would stop doing business with the merchant and would also encourage others to stop doing business with him. The merchant apologetically refused. The merchant’s wife and children were worried what harm the Sultan might do because of this refusal. The merchant said that it was Shabbos and they should not worry about it now. After Shabbos, the Sultan’s guards came to the merchant’s house to take him away. When he was escorted into the Sultan’s chambers, the Sultan was smiling. The Sultan had made a bet with the prince of another country that a Jew would not desecrate the Shabbos, even for money. The merchant’s refusal to desecrate Shabbos even under the threat of a large financial loss, allowed the Sultan to win his bet. The Sultan told the merchant that he would purchase more from him and encourage others to do so as well. The merchant’s refusal to desecrate Shabbos facilitated his getting more money than before.

Shabbos is so holy that we should not even discuss the cares of our workweek. We should feel as if all our work was completed before Shabbos. This will help us to feel true tranquility and will bring us blessing.