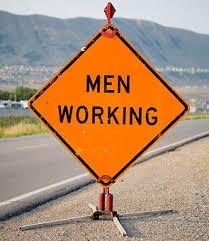 There are many people who have remarkable abilities that never come to fruition because of their laziness, bad behavior, or poor decision-making. Over the years, we have all heard of various sports figures who had the potential to become stars but never did. It is very sad when we hear about such people, who could have excelled in some area had they not wasted their potential.

Naftali was not doing well in cheder, elementary school. One night he overheard his parents talking about him. His parents were crying because he was not putting in effort and, therefore, not successful in his Torah learning. It seemed that he would have to leave school to learn a trade. As soon as Naftali heard this, he burst into the room and assured his parents that he would begin to work very hard in school. His parents agreed to beg the principal to give him one last chance. True to his word, Naftali became a very diligent student and became very knowledgeable in his Torah learning. Years later, he was known as the Netziv, Rabbi Naftali Tzvi Yehudah Berlin. He became one of the greatest Torah leaders of his time! He headed the Volozhin yeshiva and authored many Torah books. Later in his life, the Netziv bemoaned what might have been, had he not heard his father’s pain and begged for one more chance. He would have grown up as a good Jew. He would have davened daily and would have been an honest worker in some trade. He probably would have learned some Torah, such as Mishnayos. However, after his passing, the Heavenly Court would have held him accountable for what he could have accomplished but did not. He imagined what the Heavenly Court would have said to him. “You had the abilities to become very learned in Torah and you were supposed to author books of Torah learning. You were also supposed to be a Rosh Yeshiva and teach Torah to many students. Why didn’t you fulfill your potential? Why weren’t you as good as you could have been?” (based on a story from Rabbi Paysach Krohn)

Hashem created an amazing world around us. The beauty is magnificent. The symbiotic relationship between species and organisms illustrates the brilliance of the Creator.

HaRav Yosef Albo zt”l in his Sefer Ha’ikrim gives a beautiful answer that teaches us a powerful lesson for life. Everything that Hashem created was a finished product. Therefore, Hashem was able to say, “and it was good”. Man, however, was not created as a finished product. Man is “a work in progress” whose final form is not yet known. For that reason, Hashem did not declare, “and it was good”. (based on a dvar Torah by Rabbi Yissocher Frand in Rabbi Frand on the Parashah)

We all have great potential, but what will we become? Often, the potential is latent, and we must work bring it to the fore. We may not even know what we are capable of!  Life presents many challenges.  How will we react to them? Will we follow our impulses to do wrong or will we overcome them? Will we use our capabilities to the maximum or be too lazy to use them fully? Will we rise to spiritual heights or not?

After 120 years, we won’t be asked, “Why didn’t you reach the level of Moshe Rabbeinu?” Each of us will be asked, “Did you fulfill the potential that YOU were capable of?”  This our challenge in life; for each of us to become the best that we are capable of. Then Hashem will be able to say about each of us, “and it was good”.