Help is Just Around the Corner! 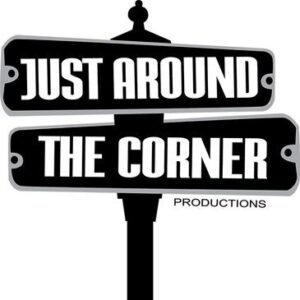 “They came to Marah, but they could not drink the water of Marah because it was bitter…. And they came to Elim, where there were twelve springs of water and seventy palm trees…” (15:23,27)

The Talmud (Ta’anis 19B) brings a fascinating story. In the time of the Beis HaMikdash, the Jews would pilgrimage to Jerusalem three times a year. One year, during the Succos holiday, there wasn’t enough water for all the people. Nakdimon ben Gurion was a wealthy man who loved the Jewish People. He asked a Roman prince to borrow water from his twelve large wells. He told the prince that the water would be returned by the rains that would surely come after the Jews would pray for rain. The prince refused. The prince finally agreed when Nakdimon told him that he would pay him a large amount of money if his wells would not be refilled by a certain date. Thanks to Nakdimon, the Jews had plenty of water. Time passed. It did not rain and the Roman prince’s wells were not filled.  When the last day came and there was still no rain, the Roman sent a messenger to Nakdimon to pay. Nakdimon was not impatient. He was confident that Hashem would help. That afternoon the messenger returned but Nakdimon said that the time was not up yet. Towards evening the messenger returned but Nakdimon pushed him off again. At that point Nakdimon went to the Beis HaMikdash and davened to Hashem. Hashem answered his prayers and the rain suddenly started pouring, filling the Roman’s wells.

Hashem took the Jewish People out of Egypt. They were on their journey, traveling through the desert on their way to Eretz Yisroel. They were thirsty. They came to a place that had water, but they could not drink it because the water was bitter. They named that place Marah, which means bitterness. Hashem was testing them to see how they would react to their lack of water. They should have approached Moshe to pray to Hashem for water.  Instead, what did they do? They complained, thus failing this test.  Moshe did cry out to Hashem. Hashem told Moshe to throw a specific tree into the water and miraculously the water became drinkable. The Ibn Ezra says that the Jews remained there for just one day. The very next day the Jews travelled to a place called Elim.  At Elim there were twelve springs of water, a separate one in honor of each tribe. There were also seventy date palm trees, one for each of the elders. The Ibn Ezra says that the Jews found Elim to be so pleasant that they remained there for twenty days. The Chofetz Chaim says, had the Jews known that they would find plentiful, drinkable water the very next day, they would not have complained. The Chofetz Chaim points out that by nature people are shortsighted, therefore they complain. If they lack something or things aren’t going the way they want, people may complain.  If people would be a little more patient, they would often find that things turn out better than they had first thought. If one is not patient, he may cause himself unnecessary aggravation or unhappiness that may soon prove to be irrelevant. Why should he suffer for no reason?

What is the solution to help protect us against needless aggravation and unhappiness? Obviously, the first solution is patience. As illustrated by the Jewish People and the water, often good tidings and improvement are “right around the corner”. Furthermore, we can follow Rashi’s suggestion (Devorim 32:7). Rashi says we should think about our past, how Hashem helped us and saved us from certain difficulties. Hashem has a “good track record”.  We should have confidence that Hashem will help us now, as well.

A person can save himself from needless aggravation and pain with the realization that “help is right around the corner”. After all, Hashem has a good “track record” of helping.