Nearer Can Be Further! 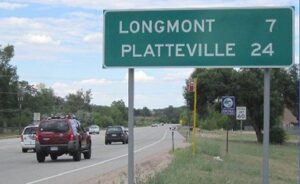 In pre-war Europe, many traveling salesmen would go from city to city. They would spread their wares on a table, in the corner of the local shul, to sell them. One such salesman entered the Polish city of Stavisk and entered the beis medrash of Rabbi Chaim Leb Mishkovsky, who was the head of the beis din (Jewish court) in the city. The salesman spread out his wares. He had siddurim, tzitzis, tefillin and mezuzos, among other things. Rabbi Chaim Leb noticed that the salesman also put out books that were well known to be heretical. Rav Chaim Leb quickly grabbed the pile of books and threw them into the nearby furnace. The salesman complained that the rav caused him a monetary loss. Furthermore, he explained to the rav that he needed to sell those types of books to make a living. He couldn’t make enough money just selling religious items. Rabbi Mishkovsky responded that, of course, he would pay for the loss of money that he caused. He also told the salesman that it was forbidden to make a living by selling heretical books to Jews. Rabbi Mishkovsky told him that he would find him another job by the next morning. The next morning Rabbi Mishkovsky told him about the job that was available. The local priest needed someone to ring the church bells every day. The salesman was shocked. He told the rav that he would never work for a priest who espoused idolatry! The rav responded. You are too uncomfortable to ring the church bells to awaken the gentiles to go to church to their avodas zara. Yet, you have no compunction selling heretical books to Jewish youth to try to entice them to serve idols! It is forbidden for a Jew to sell these items!

Hashem determined that it would be better to lead the Jews through the barren desert rather than chance them sinking to the 50th level of impurity by having some association with the Plishtim. Hashem decided that it would be more important to avoid having the Jews sink spiritually even though that would necessitate Hashem performing open miracles to provide food for them.

The Chofetz Chaim zt”l learns from this that a person should not be involved in a livelihood that is contrary to Torah values. He should not be concerned how he will manage financially if he avoids an improper job. (Chofetz Chaim Al HaTorah) I know of someone who quit his job, before even having a replacement job, to avoid being a part of dishonest business practices. Eventually, he was offered a better job at a reputable company.