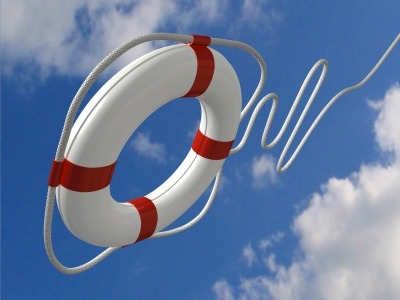 “Moshe caused Israel to journey from the Sea of Reeds…
They went for a three-day period in the Wilderness, but they didn’t find water… The people complained…”
(Shmos 15:22-24)

Hashem just took the Jews out of Egypt with a multitude of miracles and split the Sea of Reeds (Red Sea). A mere few days after the greatest open miracles in the history of mankind, the Jews complained. How could that be?

After Hashem split the Red Sea, the Jews travelled in the desert. They were travelling for three days and couldn’t find water. Imagine how thirsty they must have felt. Finally, when they did find water it tasted very bitter. How very frustrating. At that point they complained against Moshe and Hashem. The conditions were harsh, but instead of asking Hashem, without anger, to fulfill their needs, they complained.

The Da’as Zekanim brings a fascinating Midrash which has a unique understanding of these pesukim: The Jews were travelling for three days and couldn’t find Torah (that is, they didn’t learn Torah). The “water” that the Jews were lacking was “Torah” which is compared to water. Therefore, they rebelled against Hashem. As a result of this, an enactment was made that we should read from the Torah on Mondays and Thursdays. This way we wouldn’t go for three days straight without learning Torah.

The Jews had just witnessed numerous miracles, had seen the splitting of the Red Sea, and were on the lofty level of singing to Hashem. Yet, a mere three days without learning Torah led to their rebelling against Hashem.

The Sefer HaChinuch writes that the essence of the Jewish People is the Torah. The entire world and the Jews were created solely for the sake of fulfilling the Torah. We were redeemed from Egypt in order to accept the Torah at Mount Sinai and to fulfill it.

The greater our appreciation for Torah, the more we will study it.

When the Romans conquered the Land of Israel, they passed a law that the Jews couldn’t learn Torah. The great Rabbi Akiva ignored this Roman law, despite the terrible punishment for those who were caught. Rabbi Akiva said that a Jew cannot survive without learning Torah just as a fish cannot survive out of water. Of course, we all know the story of Hillel. One day he couldn’t afford the small fee to enter the Beis Medrash, the study hall, to learn Torah. He thirsted so much to study the words of Hashem’s Torah that he climbed onto the roof and spent the entire day listening to the Torah lecture, with his ear pressed against the skylight. This occurred during a cold winter day!

We are in a constant battle, every moment of our lives, with the Yetzer HaRa, the evil inclination, who constantly tries to get us to sin. Our only defense against the Yetzer Hara is learning Hashem’s Torah.

Learning Torah is our lifeline. It is also our only defense, enabling us to withstand all the tests that the Yetzer Hara sends us.