I Am Sorry I “Bothered” to Help You! 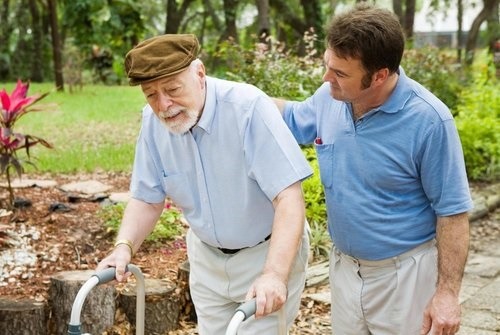 “And Avraham rose up from before his dead…” (Bereishis 23:3)

The Midrash describes a fascinating event. While Avraham was mourning for Sarah, Satan appeared before him to battle against him. “You [Avraham] caused Sarah’s death!” “Had you not brought Yitzchak to be sacrificed, your wife, Sarah, would still be alive!” Satan blamed Avraham for the untimely death of Sarah!

As soon as this happened, Avraham stopped sitting shiva for his wife! Avraham was concerned that if he would continue to mourn for Sarah, he may begin to believe the claim of Satan that he was responsible for his wife’s death.

This Midrash is astonishing. How could Avraham possibly have felt regret for what he did? He happily went to fulfill Hashem’s request. Certainly, he felt joy after passing this test of faith and receiving a multitude of eternal blessings from Hashem. “…I will surely bless you and greatly increase your offspring like the stars of the heavens and like the sand on the seashore; and your offspring will inherit the gate of its enemy. And all the nations of the earth shall bless themselves by your offspring…”. The magnitude of these blessings clearly proved that Avraham acted correctly in bringing his son to be sacrificed. [Hashem never intended him to sacrifice his son but merely to show his willingness to do so].

Furthermore, Avraham totally believed that everything that occurs is from Hashem. It was clearly Sarah’s time to die. Her death had nothing to do with the news that Yitzchak was almost sacrificed. Otherwise Hashem would not have allowed it to happen.

Rav Henach Leibowitz zt”l explained, that even though Satan’s claim was baseless and foolish, during Avraham’s period of sadness and internal turmoil over his wife’s death, there was the slimmest of possibilities that Satan’s words would affect him ever so slightly. This could have resulted in an ever so slight feeling of regret for what he did. Therefore, Avraham stopped doing the mitzvah of sitting shiva to ensure that Satan would not gain a foothold into attempting to make him regret his actions.

Satan is our worst enemy, devising numerous battle plans against us. First, he tries to stop us from doing a mitzvah. He tried to stop Avraham from going to sacrifice Yitzchak by asking him, “Are you certain that Hashem made this request? Maybe you imagined it?” When that wasn’t successful, Satan turned himself into a river to try to block Avraham from going. That too didn’t work.

Satan’s next tactic is to make us feel regret for doing the mitzvah to minimize the reward we receive for that mitzvah. Satan tried to minimize Avraham’s great reward by attempting to make him feel a twinge of regret for his action. Avraham was so concerned lest this monumental mitzvah be diminished, that he stopped sitting shiva for Sarah.

We must constantly be on guard against the wily Satan, both before and after doing a mitzvah. How many times do we do a mitzvah but regret it afterwards? I opened my home to you, but you didn’t show me appreciation – I am sorry I welcomed you; I helped you, but you didn’t say thank you – I am sorry I helped you. The regret we feel afterwards takes away something from the value of the mitzvah.

We must be especially careful when we are sad or upset to be on guard against Satan.
We must cherish our mitzvos and never regret doing them.

Based in part from Sefer Chidushei Halev by Rabbi Binyamin Luban