Be Happy With What You Have While You Have It! 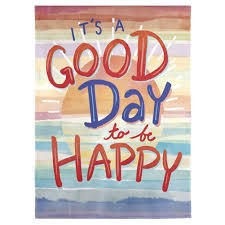 “All the Jewish People arrived at the wilderness of Tzin…. Miriam died there and was buried there…” (Bamidbar 20: 1,2)

What happened? Why weren’t Reuven & Sara excited about the delivery this time? The answer is that they were already used to it coming.  They expected it. Therefore, it was no longer special and exciting. Hashem delivers the greatest gift to us every single morning. Hashem gives us life, by returning our neshama, our soul daily. We should be excited beyond belief, every morning.  We should thank Hashem with excitement, each time.  But many of us do not. Why? We are used to it.  We expect it. It is not new to us, so the excitement has worn off.

The Jewish People, in the desert, had their needs miraculously taken care of. For forty years they received water daily, via a well that traveled with them. Three million people and their animals had their needs taken care of. Yet, not once in those 40 years does the Torah record that they showed appreciation for the miraculous well (Kli Yakar Bamidbar 21:17).

Furthermore, the Torah tells us (Bamidbar20:1) that Moshe’s sister, Miriam died. The very next pasuk says that the Jewish People no longer had water. Rashi connects these 2 psukim, teaching us that the well which supplied water for these 40 years was in the merit of Miriam.  When Miriam died, the well no longer provided the Jewish People with water. The Kli Yakar asks why the well stopped supplying water. He answers that it was as a punishment for the Jews’ lack of appreciation for Miriam. They did not fully appreciate her for the great person that she was and for the great merit that she had earned. Apparently, the Kli Yakar says, the Jews did not eulogize Miriam properly and her memory was quickly forgotten. [After Moshe and Aharon died, it says that the Jewish People cried. It does not say that after Miriam’s death.] As a result, the water stopped flowing. Then the Jewish People realized Miriam’s greatness and that they had received this miraculous source of water only in her merit.

Be happy with what you have while you still have it! Do not wait until it is gone to appreciate it. Constantly thinking about all the good that Hashem does for you will help you to value it and not take it for granted. Also, do likewise and appreciate your loved ones while they are still with you.