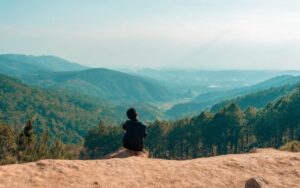 “The outpouring of the rivers when it veered to dwell at Ar, and leaned against the border of Moav.” (Bamidbar, 21:15)

Rabbi Yitzchak Elchanan Spector was one of the most famous Rabbis and Talmudic sages of the 19th century. One day when he was busy in his study, one of his students knocked on the door to tell him that his student, Yaacov, had been excused from the army draft. Rabbi Spector had been anxiously awaiting the news whether or not his student would be conscripted into the Russian army. He heartedly thanked the bearer of the good news. A few minutes later, another student knocked on the door with the same message. Rav Yitzchak Elchonon did not want to tell him that he already knew because he wanted the boy to feel joy of being the bearer of good news. He excitedly thanked this second boy. A few minutes later another student knocked on his door. Again, Rav Yitzchak Elchonon expressed his great happiness at hearing the good news. In this way he made this student too, feel that he was the only one informing him of the good news. This is an example of Derech Eretz.

The Jews were on their way to enter the Land of Israel. They reached the territory of the Emorim. Rashi says that the Emorim planned a surprise attack to annihilate all the Jews. The Jews had to pass through a very narrow valley between two mountains that were quite close to each other. The Emorim concealed themselves in mountain caves. They planned to shoot arrows and hurl stones at the Jews as they passed in the very narrow valley below. The Jews would be helpless against them. As the Jews approached the valley, the mountain on the Emorite side (which later became part of Eretz Yisroel) started moving. It moved toward the other mountain until it was pressed against it. Jagged rock formations from that mountain entered perfectly into the caves of the other mountain, crushing all the Emorite soldiers. The Jews were unaware of the danger that they had been saved from. When the Jews passed the area, the mountain that had moved returned to its original position. Hashem wanted the Jews to appreciate the great miracle that He had done to save their lives. Hashem sent the well of Miriam to flow through the valley and carry the blood and smashed limbs of the dead Emorites to the encampment of the Jews. When the Jews realized the great miracle that had saved their lives, they sang a song of praise to Hashem.

The Sifsei Chachamim asks, Why didn’t the mountain move back immediately after killing the Emorites, allowing the Jews to see Hashem’s miracle right away? Why did the mountain wait until the Jews passed through before it moved back? We know that Hashem does not do any unnecessary miracles. Had the mountain moved back immediately, Hashem would not have needed the additional miracle of having the well of Miriam flow through the valley to bring the Emorite remains to the Jewish encampment.

The Sifsei Chachamim answers that a servant who goes to greet his master does not return to his place until his master passes out of his sight. Thus, the mountain of Eretz Yisroel waited until the Jewish people, its “master”, was out of sight before returning to its place.

The Sifsei Chachamim is teaching us a very important lesson in derech eretz, respectful conduct. Hashem performed an extra, “redundant” miracle for the mountain in order to show proper derech eretz for the Jewish people.

Acting like a mensch precedes our Torah learning. The Rabbeinu Yonah explains that having derech eretz helps one attain and retain his Torah learning. The Sefas Emes (Mishpatim 12) says that the mitzvos between man and his fellow man, ones’ behavior to his friend, is part of the Oral Torah that Hashem gave us. Furthermore, we merit Torah on a level commensurate with the refinement of our middos. The Torah learning then helps one to achieve a higher level of refinement in middos, which in turn helps one to achieve an even higher level of learning. This cycle continues.

We must always act with derech eretz, proper and refined conduct. It is more than just being nice. It is a Torah obligation.