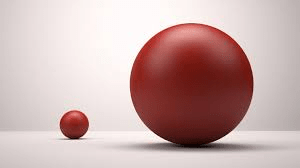 “I charged your judges at that time as follows, “Hear out your fellow men, and decide justly …You shall not be partial in judgment….” (Devarim 1:16-17)

The employer showed hakaras hatov, appreciation for a kindness done to him many years earlier. He understood the extent one must show to appreciate a favor. Even though the woman herself did not do anything to earn this hakaras hatov, she benefitted from it.

Moshe had cautioned the Jewish judges to judge righteously and not show any favoritism to one of the two arguing parties. The Ibn Ezra explains that the judge was told, if one of the parties was his friend, he should not favor him. Previously, the Torah (Shmos 23:8) cautioned judges not to take bribes.  Even the smallest bribe had the potential to affect and influence the judge’s thinking, causing him to favor one party over the other.

From the Talmud (Kesubos 105B) we see that bribes are not necessarily monetary gifts. Even seemingly minor favors that were done for the judge, could sway his judgement. The amora (one of the rabbis of the Talmud), Shmuel, recused (removed) himself from a case when he saw that one of the parties was the one who had helped him cross a rickety bridge. Another amora, Ameimar, recused himself when he found out that one of the litigants was the one who had removed a feather that had fallen on Ameimar’s head. The Talmud says that even giving the judge a compliment could be considered a form of “bribery” that could cloud the judge’s judgement.

How could it be that such learned people could be swayed by seemingly “minor” favors? How could this cause them to mishandle and misjudge a case?

Harav Henach Leibowitz zt”l would have said that we see from here the complexities of a person. Yes, receiving a small bribe or minor favor can influence, even a great person, on a subconscious level. The judge may not even realize that he was influenced. The Talmud brings a case of an amora, who was a bystander, in a court case. One of the parties had done him a small favor. As he was listening to the court proceedings, he realized that he kept thinking of strategies and claims that his “benefactor” could have used to win the case. The amora realized that his thinking HAD become biased because of the small favor that he had received.

HaRav Avraham Pam zt”l (quoted in Rabbi Frand on the Parasha 3) had a different understanding of the Talmud. The favors that the judges received were not considered minor or insignificant. The judges had a total understanding of hakaras hatov, appreciating the favors that others do. There was no such thing as a “minor” favor. Every favor “demanded” a high level of appreciation. It is that high-level of appreciation and good feelings that could influence a judge’s thinking.

Harav Henach Leibowitz zt”l quoted a Midrash Tanchuma (Siman 8 on Vayikra 19:23) who says, when the Jewish People entered the Land of Israel, there were numerous trees that had already been planted. The Jews had no need to plant any more. Even if they were to plant trees, the trees would take years to grow into maturity and they might not even benefit from the fruit of those trees. Yet, Hashem commanded them to plant trees. Why? It was a situation of hakaras hatov. They had personally benefitted from trees that had been planted by others. In a similar vein, they should also plant to benefit others, to “give forward” andshow their appreciation for what they had received.

Rav Pam zt”l pointed out, if we would better appreciate the level of hakaros hatov that we are obligated to show then our interpersonal relationships would be stronger and better. Husbands and wives should appreciate all the favors and “small” chores that their spouses do for them. They should not take those favors for granted, feeling that it was their spouse’s job to do it. If they would appreciate those favors as seriously as the amoraim did, then they would have happier marriages. Similarly in employer-employee relations or in any relationships between two people.

By not taking favors for granted, but by truly appreciating them,

we will feel closer bonds and will be able to get along much better with others.