One Person Can Change the World! You Can Be That One Person! 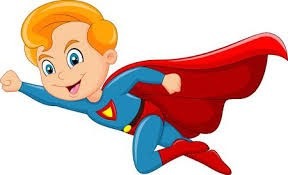 During the Six Day War, the basement in the Mirrer Yeshiva served as a bomb-shelter for the neighborhood. Bombs would often land nearby. Once, there was a direct hit. It caused an explosion. Many of those in the basement thought that they would imminently die. Many cried out, “Shema Yisroel….”. There was a woman in the basement whose husband had abandoned her twenty years earlier, without giving her a “get”, a Jewish divorce. As a result, she was forbidden to remarry. Her life, during that time, had been very difficult. Now, her voice was louder than the others. She called out to Hashem that although she had suffered terribly because of her husband, she, now, forgave him! Then, she implored Hashem to, accordingly, forgive the Jewish People. Rabbi Chaim Shmuelevitz, the Mirrer Rosh HaYeshivah was also in the bomb shelter. He had heard the woman’s cries. He later said that he was certain that her prayer had saved all of them! She had overlooked the terrible wrong that had been done to her. That saved all of them.  (Artscroll Tishah B’Av, compiled by Rabbi Avrohom Chaim Feuer & Rabbi Shimon Finkelman)

Rabbi Chaim Volozhin zt”l in his sefer, Nefesh Hachaim (1:4), says that no Jew should ever say, “What am I and what power do my deeds have to accomplish anything in this world?”  Rather, every deed, word, and even thought, impacts the “Upper Worlds”.

Rabbi Yehudah Zev Segal zt”l learns from the Midrash Rabbah (Bereishis 60:2) that the world receives kindness in the merit of our forefather Avraham. Our forefather, Avraham, opened a flow of Divine kindness that continues thousands of years later, in our time!  The Chofetz Chaim zt”l (Sha’ar Hazechirah, Chapter 2) says that the way one conducts himself in this world, awakens a corresponding conduct from Hashem. Thus, Avraham’s kindness awakened a flow of kindness to this world. If one overlooks the hurt that others cause him, he awakens a similar compassion Above. Hashem will then overlook sins that are done against Him!  The Talmud (Bava Metzia 30B) says, “Jerusalem was destroyed only because its inhabitants decided matters exactly according to Torah law”. What was wrong with what they had done? Technically they acted properly in desiring justice. The problem was that they were unforgiving and did not look to compromise. They followed the exactness of the law. Hashem treated them in a similar way. Hashem also judged them according to the exactness of the law, without compromise and without overlooking their sins. This illustrates why it is so important for us to forgive wrongs done to us. According to the Talmud (Yoma 23A) if we overlook wrongs that are done to us then Hashem will treat us in kind and will “overlook” and forgive our personal sins. It will also cause a flow of extra kindness from Hashem to all Jews, potentially causing Hashem to overlook their sins as well. Even if we were clearly and hurtfully wronged, it is very meritorious and exceedingly beneficial to us not react to those wrongs. (Inspiration & Insight translated by Rabbi Shimon Finkelman)

There was a woman who needed a specific salvation in her personal life. She went to Rav Chaim Kanievsky zt”l, the late Gadol Hador, for a blessing. He told her to find someone who was publicly embarrassed and did not respond in kind. Such a person would have the power to give her the blessing that she needed. It took her 4 years to find such a person. When she saw a woman being publicly humiliated at a wedding, she quickly begged her not to respond. The woman listened to her. She then explained the whole story and asked for a blessing for her specific need. Thereupon, she received the blessing, which indeed came true. (As told over by Rabbi Fischel Schachter)

Tisha B’Av is a very sad day for us. It was decreed that the Jews remain in the desert for 40 years before entering the Land of Israel. Men aged 20-60 years old, perished during those years. Both the First and Second Temples were destroyed on Tisha B’Av. Many other tragic events throughout history, also occurred on Tisha B’Av.

On the other hand, Tisha B’Av is a day of hope and new beginning, as the Moshiach was/will be born on Tisha B’Av.

Moshiach will herald a new era of peace, tranquility, good health, and an end to suffering. It is clearly a day for us to reflect on our deeds and try to improve. It is especially a time to work on our relationships. It is a time to do acts of kindness, to end strife and discord, and to forgive. Our actions can be the ones that bring the Moshiach!