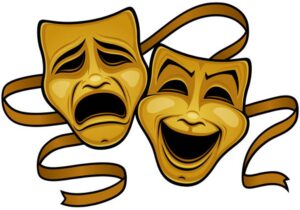 “Seven days you shall make offerings by fire to Hashem. The seventh day shall be a sacred occasion: you shall not work at your occupations.”

“It Was the Best of Times!”

The Six-Day War took place on June 5–10, 1967. In response to the apparent mobilization of its Arab neighbors, early on the morning of June 5, Israel staged a sudden preemptive air assault that destroyed more than 90 percent Egypt’s air force on the tarmac. A similar air assault incapacitated the Syrian air force. Without cover from the air, the Egyptian army was left vulnerable to attack. Within days the Israelis had achieved an overwhelming victory on the ground. The Arab countries’ losses in the conflict were disastrous. The Arab armies also suffered crippling losses of weaponry and equipment. The lopsidedness of the defeat demoralized both the Arab public and the political elite. Israel had proved beyond question that it was the region’s preeminent military power. Israel captured the Sinai Peninsula, Gaza Strip, West Bank, Old City of Jerusalem, and Golan Heights.

“It Was the Worst of Times”

On Yom Kippur of 1973, Egypt and Syria attacked Israel, catching Israel off guard.​​ The Egyptians and the Syrians initially made some significant initial: the former crossed the Suez Canal and established themselves along its entire length on the east bank; the latter overran the Golan Heights and came within sight of the Sea of Galilee. The cost of the battle was heavy: Israel lost 2,688 soldiers. Many airplanes were lost to Russian-made surface-to-air missiles, and only 100 out of 265 Israeli tanks in the first echelon survived. Things were so bad that on the second day of the conflict Israel’s defense minister Moshe Dayan told prime minister Golda Meir, to consider preparing for the use of nuclear weapons.

The Sforno says that the principal reason for the Yomim Tovim is to afford us an opportunity to express our gratitude to Hashem in prayer and in deed. On Pesach, we pray to Hashem, giving thanks for His having given us our freedom at the time of the Exodus from Egypt. The time between Pesach and Shavuos is a time when the crops are ripe and waiting to be harvested.  The Omer sacrifice was brought on the second day of Pesach. A lamb was offered together with an omer, a measure of barley taken from the first harvest of the land of Israel. This was an expression of gratitude for the barley harvest, the first of the ripened crop to Hashem. The farmer, observing his harvest, felt contentment and satisfaction, confidence, and security. The future looked so bright. This prayer also contains a request concerning the future. During this time, the Torah mandated the counting of Sefira for 49 days, as a continual, daily reminder to turn to Hashem in prayer. It is a reminder that success and failure is in the hands of Hashem. At a time when everything seems to be going well, when the farmer’s hard work has produced a bountiful harvest, he should not become too complacent and over-confident and forget to turn to Hashem. The counting of the 49 days between Passover and the festival of weeks reminds us of the need to offer such prayers daily.

When things are going well, we should not become too complacent but should thank Hashem every day. Similarly, if one’s situation is bleak and the future seems ominous, when disaster seems imminent and escape is apparently impossible, we should NOT give up hope or feel despair! Hashem is with us and loves us.