Victory is in the Mind! 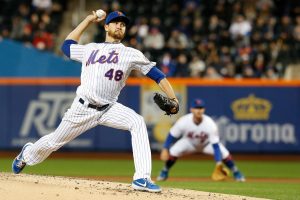 Sam and Joe had been best friends for years. They were in their early 90’s when Sam fell deathly ill. Joe visited him on his deathbed and reminisced with him about their long friendship. Joe then asked Sam for a favor, “When you die, please let me know if there’s baseball in heaven”. Sam said that they had been longtime friends and certainly he would do this favor for him. Soon after, Sam died.  A few days later, while Joe was sleeping, he heard Sam’s voice. Sam told him that he had some good news and some bad news. The good news was that there is baseball in heaven. The bad news was that Joe would be pitching in a few days. (In other words, Joe will die in a few days.)

The Midrash Rabba (Emor 26:7) brings the story of King Shaul that is discussed in Neviim (Shmuel I perek 28 and perek 31). The Plishtim gathered their army to wage war against the Jewish people. King Shaul gathered all the Jewish soldiers to fight against them. King Shaul was afraid because the Plishtim’s army vastly outnumbered his (Metzudas Dovid). [The commentaries discuss why King Shaul felt fear now, even though in the past he had always been confident of victory.]  King Shaul wanted to know what the outcome of this battle would be. He tried three different ways to find out from Hashem what would happen. He asked Hashem through the Kohain Gadol’s use of the Urim Vetumim, through prophecy, and through a dream. However, Hashem did not reveal the answer to him. [The commentaries discuss why Hashem did not answer him.] King Shaul was afraid.  So, together with his two generals, Avner and Amassa, he went to ask someone to bring up the spirit of the deceased prophet Shmuel. The prophet Shmuel’s spirit told King Shaul that the Jews would lose the battle. He also said that this would be King Shaul’s last battle since King Shaul himself, as well as three of his sons, would also die. The prophet Shmuel also said that if King Shaul would accept Hashem’s judgement (midas hadin as a punishment for a transgression of his) and would enter the battle with the intention of sacrificing his life to Hashem, then he and his sons would join with Shmuel and the other tzadikim in their portion in Heaven (Rashi, Metzudas Dovid, Radak). When King Shaul’s generals asked him what the spirit of the prophet of Shmuel told him, he replied that they would be victorious in battle! HaRav Henach Leibowitz zt”l explains that Shaul told this to them to encourage them to fight even harder. They had an obligation to go to battle whether they would win or lose. Such righteous generals would fight hard, either way. However, the knowledge of victory would spur them ever so slightly to fight even harder. Since that would be the result, it was permitted and appropriate for King Shaul to tell that to them.

Rav Yisroel Salanter zt”l said that we have to do our utmost to serve Hashem, regardless of the outcome.  We must try even if we will not accomplish our goal! One of the tricks of the Yetzer Hara is to cause us to focus on our results. If we do not see success, we may be tempted to cease our efforts. We may feel that our efforts will not bear fruit so why bother trying. A trick that we can use against the yetzer hara is to convince ourselves that our efforts will be successful. This will give us the extra motivation to work even harder towards our goal. King Shaul used this technique with his generals. Sometimes, it is possible that the extra motivation caused by our feelings that we will succeed, will lead to success. Even if our extra efforts do not bring the results that we wanted, the attempt itself will be a fulfillment of our obligation of serving Hashem.

Congratulations to Abigail A. on winning our raffle during JEP’s zoom class. If you know of any Jewish public-school children who may be interested in our weekly zoom class, please have them email us at JEPqueens@gmail.com