All Of Us Belong to This Club 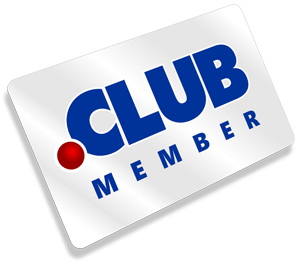 [And Hashem said to Moshe…] “You shall die in the mountain that you are about to ascend…” (Devarim 32:50)

Shmuel & Chana owned a small food store. The store was filling with customers and Chana could not handle them all. Shmuel had gone to shul a few hours before and was not back yet. Some of the customers were already waiting in line for half an hour. Chana explained to one customer that Shmuel used to be in the store from early in the morning until late at night. He never used to take off time to daven in shul. However, last week he had told her, ‘Chana, I am an older man now. It’s time that I started preparing for the long trip ahead”. Since that time, he had been going to daven in shul and was away from the store every morning. When another customer said that davening had finished long ago, Chana got very concerned and rushed to the shul to see if her husband was okay. When she arrived, she saw that Shmuel was calmly sitting down and learning Torah. ‘Have you gone mad?! The store is filled with customers and you are sitting and studying?’ Shmuel calmly responded, ‘Just imagine that your greatest fears would have been correct and that the Angel of Death had come to take me away. Could you have told him that there is no time now because there is a store full of customers? Pretend that I am really dead. In a few hours I will miraculously return to life and come to help you in the store.’ (adapted from Give Us Life, Mesholim and Masterwords of the Chofetz Chaim by Mendel Weinbach)

Once a person dies, it is too late to do any more mitzvos. That realization is very painful to a person’s soul. The Chofetz Chaim zt”l says that many people sin because they don’t feel strongly enough that they will die. They feel that they don’t belong to the “club” of those people who will die. Therefore, they feel that there is no rush to accumulate as many mitzvos as possible. The Talmud (Shabbos 30A) relates that King David asked Hashem when he was going to die. He wanted to know which year, which month, and which day. Hashem refused to tell him. Then King David asked in which season he would die. Hashem refused that request as well. When King David asked to know at least on which day of the week he would die, Hashem told him that he would die on a Shabbos. Rabbi Shmuel Eidels, known as the Maharsha, explains why Hashem refused King David’s first two requests. Hashem has a decree not to divulge this information. One must do teshuva every second of his life because of the fear of impending death. If one knows the exact time of his death, he may sin his entire life and wait until close to his death before doing teshuva. King David’s last request was acceptable. Knowing on which day of the week he would die would not go against Hashem’s decree of not divulging the day of death. This way, at least every week King David would be involved in doing teshuva.

Rabbi Henach Leibowitz zt”l, highlights two points from this. How is Hashem’s decree about not revealing the specific time of death relevant to King David? Certainly, someone as great as King David would be constantly involved in teshuva every day of his life. Apparently, if he knew the exact time of death there could be the ever-slightest lack of intensity in his teshuva. By not having that information, his intensity would be total. Therefore, it was better for him not to know the exact time.

Furthermore, we would have thought that it would be beneficial to know the exact time of death. This would help people realize that they WILL die, that they DO belong to the “club” of those who die. We see from the Maharsha that this is not the case. We see that one can only use the knowledge and awareness of impending death effectively if it is uppermost in his mind, at all times. He must constantly be aware that death can come at any second. That will serve as in impetus to do teshuva. If he knows the exact time, he may be tempted to sin until right before that time

The world we live in is temporary. It is a preparation for the eternal world. Focusing on the unnerving fact that we WILL die, will motivate us to maximize the time that we do have. We will do more mitzvos and constantly do teshuva.