The Secret to Help Others Succeed! 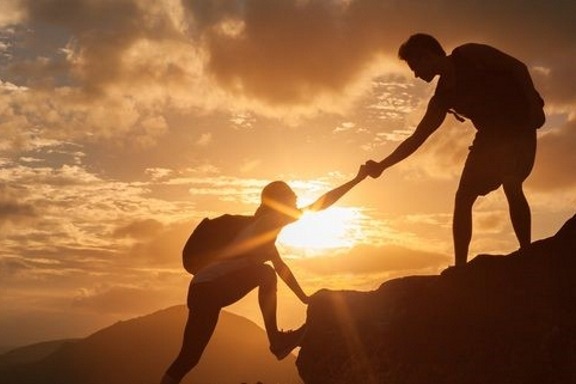 “…The townspeople should come to the well… with their sticks and scythes. They should call out, ‘Ours [Our Spirit] will be victorious…’” (The Midrash Tanchuma 9)

As a group of frogs was traveling through the woods, two of them fell into a deep pit. When the other frogs crowded around the pit and saw how deep it was, they told the two frogs that there was no hope left for them. However, the two frogs ignored what the others were saying, and they proceeded to try and jump out of the pit. Despite their efforts, the group of frogs at the top of the pit were still saying that they should just give up. They would never make it out. Eventually, one of the frogs took heed to what the others were saying, and he gave up, falling to his death. The other frog continued to jump as hard as he could. Again, the crowd of frogs yelled at him to stop the pain and just die. He jumped even harder and finally made it out. When he got out, the other frogs said, “Did you not hear us?” The frog explained to them that he was deaf. He thought they were encouraging him the entire time. (“The 10 Most Inspirational Short Stories I’ve Heard” by Dan Western)

The Midrash Tanchuma on this week’s parsha brings a beautiful story. There was a friendly Spirit that lived in a well of a certain town for many years. A Spirit from elsewhere came and wanted to kick out the Spirit from this town. The good Spirit approached a pious man from the town, asking for help. The good Spirit told him that he had lived in this town for many years and did not harm anyone. He said that an evil Spirit came and wanted to kick him out of the town and cause harm to the townspeople. The pious man wondered how he could help. The good Spirit told him to do the following: “The townspeople should come to the well in the afternoon, with their sticks and scythes. They should call out, ‘Ours [Our Spirit] will be victorious, ours will be victorious.’ That will cause the bad Spirit to run away.” The townspeople followed the instructions of the good Spirit. They remained at the well until they saw a drop of blood floating on the water. That was an indication that they had succeeded, and the bad Spirit left town.

The townspeople really didn’t do anything. They weren’t involved in the actual battle. It simply appeared as if they were helping (Eitz Yosef). However, their moral support and encouragement to the good Spirit helped him succeed. The townspeople’s encouragement made the difference between victory and defeat.

We learn an important lesson from this story. If we can actively help someone in need, we certainly should. However, there are times that we are unable to help. In those circumstances, our words of encouragement can uplift the spirits of the person in need. The good feelings generated by knowing that someone wants him to succeed can spell the difference between success and failure. If a person is ill, encouraging words or even a smile can uplift his spirits and help him recover.

As we see from the story with the frogs, encouraging words can spell the difference between life and death.