How to Focus to be Happy 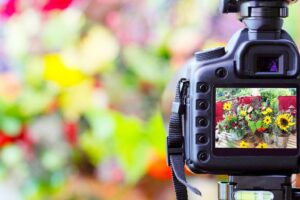 “And you shall rejoice with all the goodness that Hashem your G-d has given to you and your household” (Devarim 26:11)

A man once asked the Maggid of Mezeritch to explain the Talmudic saying, “A person is supposed to bless Hashem for the bad just as he blesses Him for the good”. The Maggid told the man to ask Reb Zusha of Hanipoli. The man went and found Reb Zusha, who received him warmly and invited him into his home. When the guest came in, he saw that the family barely had anything to eat and were beset with afflictions and illnesses. Nevertheless, Reb Zusha was happy and cheerful. The guest was astonished. He questioned Reb Zusha as to how it is possible for a person to bless Hashem for the “bad” as well as for the good. Reb Zusha expressed surprise that the Maggid sent this man to see him. Reb Zusha felt that the Maggid should have sent him to someone who has experienced suffering.  (From Once Upon A Chassid by Yanki Tauber) Reb Zusha’s answer showed that it is possible for a person to see only good and be happy even in “bad” circumstances.  Reb Zusha lived his whole life in dire poverty. Yet, Reb Zusha only experienced joy.

In olden times, a farmer had to work exceedingly hard. He woke up before dawn and worked on his field until dark. He would clear the field of rocks and debris, plough, plant, water, weed, & harvest. After a successful harvest in the Land of Israel, he brought the first of his fruits (bikurim) to the Beis Hamikdash in Jerusalem. It would be natural for the farmer to feel exuberant. His hard work had produced a successful crop. Now he could thank Hashem. Yet, the Torah specifically gives this farmer a directive, a mitzvah, to be happy for all the good that Hashem has given him. Rabbi Modechai Gifter zt”l, the late Rosh Hayeshiva of Telz, asks why the Torah gave the farmer a commandment to be happy at a time that he naturally would be happy. Rabbi Gifter answers that by nature, man is always looking for more. If he has one hundred, he wants two hundred. If a person focuses on what he doesn’t have rather than what he does have, he will feel unhappy. There are those who are very wealthy and have nachas in their lives. Yet, they feel unhappy because they focus on what they don’t have.  Others who may be poor and have many difficulties in life are happy because they focus on the good that they do have. Therefore, the Torah instructs this person to focus on the good that he has and be happy. (based on Rabbi Frand on the Parsha and Rabbi Pliskin in Growth through Torah)

At times, one may feel that if I can get more of something, then I will be happy. If that is his focus, then he will never be happy. When he finally gets what he wanted, he will once again focus on what he doesn’t yet have.  He will say that if I just get that, THEN I will be happy. One can only be happy if his focus is on appreciating what he DOES have.  Can he see? Then he should appreciate that. Can he hear? Can he walk? Does he have food? Does he have a house, a job, or friends? Then he should appreciate that. Again, the trick is to focus on that which he does have.

Focus on the good that you do have! That is a key to being happy.