Get Paid “Millions” Just for Trying! 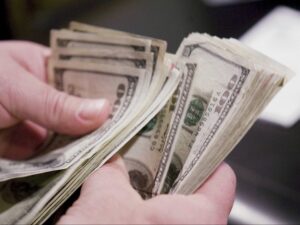 “And Hashem gave Moshe [the luchos] when He finished speaking to him on Mount Sinai”. (Shmos 31:18)

I can not imagine anyone being willing to pay the shoemaker for his effort. The way of the world is to pay for results, not solely for effort. However, there is a situation where a worker DOES get paid for his effort. ….

The Midrash (Shir Hashirim 5:11) quotes a story about two workers, a foolish one and a wise one. A man approached them with an unusual request. He offered to pay them to pour water into a basket with a hole in it. The foolish worker refused the job. He felt that the job was purposeless. All the water would flow out of the hole in the basket. The wise worker accepted the job. Obviously, the owner knew that the water would spill out. He was willing to pay the worker for his efforts.

The Midrash compares this story to learning Torah. A foolish person refuses to learn. He feels that he is not too smart and will quickly forget his learning. If so, for what purpose should he learn? The wise person is different. He also understands that eventually he will forget what he learns. However, he realizes that Hashem will reward him richly for his efforts!

Many of us learn Torah. We remember some of it and forget some of it. At times, we find that even attempting to learn is very difficult. As much as we try, we still do not understand what we are learning.

Sometimes Hashem grants us Heavenly assistance which helps us understand something that we previously could not understand. However, even if we still do not understand it after much effort, we should always remember that Hashem rewards us for our efforts!

The Sefer Chasidim says something truly amazing which should comfort and encourage anyone who is frustrated by his inability to learn Torah. He says that one who struggles to learn Torah but is incapable of understanding, will be richly rewarded. When he arrives in the World to Come and sits in the Heavenly yeshiva, he will be able to understand the Torah which he struggled to understand in this world.

After the Jewish People received the Torah, Moshe went up to Heaven.  He remained there for 40 days and 40 nights, while Hashem taught him the entire Torah (the Written and Oral Torah). The Talmud (Nedarim 38A) quotes Rabbi Yochanan who says that Moshe kept forgetting the Torah that he had learned. Moshe felt frustrated. Hashem finally gave Moshe the Torah as a gift, enabling him to remember all that he had learned.

The Alshich asks, If Hashem knew that Moshe would be unable to remember all the Torah that he was taught, why didn’t Hashem give it to him as a gift right away? Why did Moshe have to struggle and become frustrated with a task that was doomed for failure?

The Alshich answers that Moshe was destined to transmit the Torah to The Jewish People. That transmission would continue throughout all future generations. To be worthy of this privilege, Moshe had to endure the emotional pain and frustration of learning and forgetting. Despite the setbacks, Moshe persevered and did not give up. Since he did not give up, Hashem granted him the Torah as a gift

At times, the effort to learn or understand Torah or to remember what we had learned can be difficult and frustrating. A person may want to “throw his hands up” and give up, feeling that it is not worth it. As hard as it is, we should NEVER give up.  Sometimes, Hashem will reward our struggles and grant us the Divine assistance to understand or to remember.

Even if we still do not understand or remember, we receive unimaginable reward, just for trying!!

Our struggles will also bear fruit after 120 years, when we go to the Heavenly yeshiva.

Then, we will be able to understand and remember the Torah that we toiled over.