I Accept All Challenges! 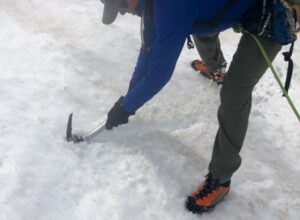 “And you will see amongst the captives a woman who is of beautiful form and you will desire her, you may take her to yourself as a wife” (Devarim 21:11)

I recently heard a Holocaust story. A young Jewish boy was put to work in the kitchen in the concentration camp. He was able to scrounge some food for himself. So, he did not starve. One day a German officer entered the kitchen and noticed the Jewish boy working. The German officer went into a rage, wondering why the boy had “such an easy job”. He gave the boy a hammer and told him to go outside and dig a ditch 6 feet by 6 feet. He told the boy that he would be shot if it was not completed in three hours. The boy went outside with just the hammer and no true digging tool. The ground was frozen solid. There was no way that the boy would be able to dig the required hole. This was an impossible challenge!

The Torah says, if a Jewish soldier desires a non-Jewish woman who was captured during war, he is permitted to take her as a wife. Before marrying her, the Jewish soldier had to bring her into his house where she had to mourn the separation from her parents for thirty days. He also had to cut off her hair and give her ugly clothes to wear. The purpose of that was to try to dissuade the soldier from marrying her. However, if he still wanted to marry her, then it was permitted.

Why does the Torah permit a Jew to marry a non-Jewish woman in this circumstance? [Obviously, she would first have to convert to Judaism. However, this was not the typical marriage of a Jew marrying a precious convert.] The Talmud (Kiddushin 21B) explains that the Torah understands the powerful yetzer hara, especially in time of war. The Torah gives special permission to marry this captive in a permissible way, to prevent the Jewish solder from sinning, and acting in an improper way.

When you stop to think about this special dispensation, it is truly astounding. Earlier (Devarim 20:8) the Torah tells us what type of person the Jewish soldier was. The pasuk says that if the soldier was “fearful”, he did not have to serve on the front lines. According to one explanation (quoted in Rashi), that means if the soldier was afraid that his own sins would cause him to be unsuccessful in battle, then he would not have to fight on the front lines. The Talmud (Menachos 36A) gives an example of the type of sin that the Torah is referring to. Even if the soldier had spoken between putting on his tefillin shel yad and his tefillin shel rosh, that would be considered enough of a sin to hold this soldier back from combat.

Rabbi Yechezkel Abramsky zt”l learns an important life lesson from here. There are times that mitzvos can be very challenging for us. In the 1930’s it was exceedingly challenging to observe Shabbos in America. Many Jews were told that they had to work on Shabbos or lose their jobs. Without jobs, they would not have money to buy food for their family. Yet, the Torah does NOT give a special dispensation allowing one to work on Shabbos even if one would have to go hungry for a while.

Berel left his family behind, in the Ukraine, and boarded a boat to America. Upon his arrival in New York, he got a job pressing shirts. A few months passed. Berel realized that he would now need to leave work earlier on Friday afternoon, since sundown was getting earlier. On Friday, Berel told his boss that he would need to leave early. The boss threw Berel’s ironing board into the street and told him never to come back. Berel hurried into the street and retrieved his board. It was almost Shabbat. He had no time to take his ironing board to his boarding house before the onset of Shabbat. “I stood there in middle of the street staring at my only possible means to support my family, and wondered what I would do with it,” he would later tell. In desperation, he dashed into the nearest store and asked if he could please leave his ironing board there. When Shabbat ended, Berel retrieved his ironing board. As he was walking home, a man noticed him holding his ironing board and offered him a job, pressing clothing. The job paid more money than Berel’s old job and did not require him to work on Shabbat. Apparently, his old boss had been taking advantage of him by paying him less than the going rate.

“At that moment it struck me,” he would later tell his children. “If I would have kept my old job and worked on Shabbat, I would have lost not only my share in the World to Come, but my rightful portion of this world as well!” Berel passed his challenge and now his grandchildren, great-grandchildren and great-great-grandchildren keep Shabbat. (Based on the story Saved by Shabbat by Menachem Posner)

Rabbi Abramsky said that the only dispensation that the Torah gives is when a Jewish soldier sees a gentile woman during war. Clearly, the Torah acknowledges that this is the only time that it may be too difficult to withstand the temptation of the yetzer hara. However, any other challenge we can handle successfully. We CAN overcome the challenge to do any other mitzvah, no matter how difficult it may be!

Sometimes we feel that a mitzvah is too challenging for us to do. That is 100% false!
While it may be difficult or challenging, it is not too difficult!
Hashem does NOT present us with a situation that is impossible for us!
Hashem only gives us challenges that we are able to pass.
We must strengthen ourselves and work hard, knowing that WE CAN DO IT!