Peace at All Costs! 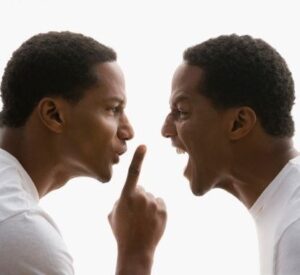 Moshe sent a request to summon Dasan and Aviram…but they said, “We will not go up!” (Bamidbar 16:12)

It was my job as president of the synagogue to uphold its long-standing policies. A group of congregants wanted to change one of the policies. At the membership meeting they embarrassed me publicly. They called all the members of the synagogue, slandering me with vicious lies. They even called my house and threatened me with physical harm. My wife said that I should swallow my pride, go to the home of the instigator of this dispute, and try to make peace. Was my wife right? They started this fight and were very nasty to me. Should I swallow my pride, demean myself, and go to them?

Korach started a major dispute against Moshe. It showed a lack of belief in Moshe and ultimately a lack of belief that the Torah was from Hashem. Korach encouraged others to join with him against Moshe. Moshe unsuccessfully tried to reason with Korach. When Moshe saw the rebellion spreading, he tried to minimize it as much as possible. Moshe sent a message that he wanted to speak to Dasan and Aviram, two of the leaders of this argument against Moshe. Dasan and Aviram arrogantly refused to come. Immediately before Korach and his followers were to be punished, Moshe tried again to curb this rebellion. He went to the tents of Dasan and Aviram with a plea to leave the rebellion. Moshe also indicated that if they wouldn’t change their minds then Hashem would punish them severely. Dasan and Aviram responded arrogantly, refused to budge, and cursed Moshe (see Rashi on pasuk 27). Hashem punished the rebels with death; Hashem caused the earth to swallow them up.

In analyzing Moshe’s actions, we would be apt to focus solely on Moshe’s sterling Middos. A prestigious and influential group started an argument, questioning Moshe’s honesty in his appointment of others to leadership positions. They approached him in a very demeaning way. They used logical arguments to try to prove that Moshe made up (without Hashem’s directive) leadership appointments as well as making up laws by himself. They asked Moshe, if a tallis was totally dyed with techeiles (a special blue dye) would it require tzitzis (fringes). Moshe said that of course it would. They laughed at Moshe saying that this law was senseless (see Rashi on pasuk 3). Despite all this, Moshe tried to peacefully end the rebellion. When he wasn’t successful, Moshe still tried to bring peace by personally calling for two of the leaders of the rebellion. Moshe was rudely rebuffed. Yet, he tried again to bring peace by personally going to the homes of Dasan and Aviram. Moshe exhibited extreme humbleness and was willing to forgo his honor despite the strong accusations and the humiliation. We see a further degree of humility when we realize who it was that Moshe swallowed his pride to save. They were two people who had caused much suffering to Moshe! Dasan and Aviram were the two Jews who had tattled on Moshe to Pharaoh. They said that that Moshe had killed an Egyptian taskmaster who had been beating a Jew. Moshe would have been beheaded, as a result, if not for a miracle by Hashem. Moshe, then, had to run away for his life. Dasan and Aviram had also incited their followers to clamor about wanting to return to Egypt. This occurred when the Jews were at the bank of the Yam Suf with the Egyptian army behind them. Dasan and Aviram also disobeyed Moshe. They had saved their Mann and had secretly put it out on Shabbos morning. They tried to show that Moshe was a liar by pretending that the Mann did indeed rain down on the holy Shabbos. These are the type of people that Moshe swallowed his pride in order to save?

It seems that Moshe was so special; he acted above and beyond what was required of him. Not so! Moshe was required by the Torah to do what he did! Even though he was the leader, he was OBLIGATED to humble himself before such people. If he had not gone out of his way to try to bring peace, it would have been considered as if Moshe had strengthened the dispute and made it worse (Rashi quoting the Talmud, Meseches Sanhedrin 110A). Had Moshe not gone to try to make peace, HE would have been considered a sinner!

Machlokes, strife, is very serious. Even if one is in the right, the Torah obligates him to do whatever he can to end the argument. Even if one must humble oneself to make peace, he must do so. If he doesn’t, he is considered a sinner, like Korach and his followers.