Watch Out If You Are Identical Twins! 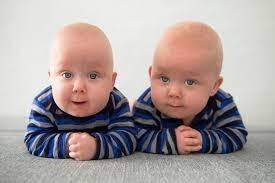 “Please let there be no strife between me and you … for we are men who are brothers.” (Lech Lecha 13:8)

Rabbi Shimon Schwab zt”l held a rabbinical position in Germany in 1933. He had given a Shabbos sermon that was misunderstood to be criticizing Hitler. The Gestapo called Rabbi Schwab in for questioning. He explained the misunderstanding. He was freed but was told that they were going to investigate him. Over the next two months, he did not know what the Gestapo would do to him. During that entire time, he went to sleep at night wearing his clothes, not his pajamas. When he was asked, he explained his unusual behavior. Apparently, another rav had been recently executed by the Gestapo, in the middle of the night. He had been wearing his pajamas and was left hanging in a public place. Rabbi Schwab was afraid that he, too, would be arrested and hung in the middle of the night. He felt that it would be a chilul Hashem, a desecration of Hashem’s name, for a rav to be left hanging while wearing his pajamas.  That was why he slept in his clothes for the entire two months that his life was in the balance.

Our forefather, Avraham, and his nephew, Lot, left Egypt as wealthy men (13:2,5). Soon after returning to Canaan (Israel), an argument errupted between the shepherds of Lot and the shepherds of Avraham. Lot’s shepherds had no qualms about letting their flocks of sheep graze on other people’s lands. Avraham’s shepherds chastised them, as it was stealing from others. To avoid further arguments, Avraham suggested that he and Lot separate and go in different directions. Avraham said,” “Please let there be no strife between me and you … for we are men who are brothers.” (Lech Lecha 13:8). Rashi explains the word “brothers’ to mean that they were relatives. A second explanation of Rashi is that Avraham and Lot looked exactly alike.

The parsha continues and discusses a war between four powerful kings, led by Nimrod, versus five kings. The four kings won the battle and captured Lot. According to the Midrash, they put Lot in a cage, boasting that they had captured Avraham’s nephew. HaKtav VeHaKabalah (by Rabbi Yaakov Tzvi Mecklenburg z”l) explains that Lot was taken captive because of the king’s hatred of Avraham. Avraham preached a belief in one G-D, contrary to their belief in idols. Their hope was, by capturing Lot, Avraham would attempt a rescue whereupon they would capture Avraham as well.

Avraham did go to battle to rescue Lot. Some say that he went with an army of 318 men. Others say he went just with his servant Eliezer, to battle the four powerful kings.

There are various reasons why Avraham risked his life, placing himself in a very dangerous position, by going to war against the four powerful kings. Rashi (13:9) says that when Avraham had initially told Lot that they should go in opposite directions, he had told Lot that he would help Lot, if needed.

Based on the Shemen HaTov, we have another understanding of Avraham’s motivation. Since Avraham and Lot looked exactly alike, Avraham was concerned that the four kings would show-off their captive Lot, pretending that they had captured Avraham himself. It would appear, that the only voice in the world that declared a belief in a solitary G-D, was captured. That would seemingly indicate that Hashem was weak. Avraham felt that this would be a terrible chilul Hashem. Thus, he went to battle, risking his life.

The Jews are the Nation of Hashem. Hashem gave us the Torah and mitzvos which should help us elevate our actions. The Chofetz Chaim zt”l said that the Name of Hashem should become beloved through us. A person should study Torah, be honest in his dealings, and speak pleasantly to people.

The Talmud (Yoma 86A) says that, at times, an action done by one person may not be considered a chilul Hashem, yet if another person acts the same way, it would be considered a chilul Hashem. When someone who should know better acts in a fashion that is perceived to be beneath him, that constitutes a chilul Hashem.  “’Rav said: For example, in the case of someone like me, since I am an important public figure, if I take meat from a butcher and do not give him money immediately, people are likely to think that I did not mean to pay at all. They would consider me a thief and learn from my behavior that one is permitted to steal.’” Each of us, on our own level, is responsible to strive to act in an appropriate and above-board manner.

The Chofetz Chaim zt”l says, when a Jew speaks negatively about his fellow Jew before non-Jews, his sin is even more severe.

Russian President Vladimir Putin treats the Jewish community fairly and even positively. He doesn’t condone anti-Semitism in his traditionally anti-Semitic country. Jewish communities throughout the country have seen an unprecedented renaissance of Jewish religious life under Putin, including the return of dozens of shuls and buildings that were confiscated from Jewish communities in the past, the establishment of the $50 million Jewish Museum and Tolerance Center in Moscow with the encouragement of Putin, and much more. The big question is how to understand the reason for Putin’s actions.

Apparently, Putin grew up in an extremely poor family. He didn’t even have enough food to eat when he was a child. Many neighbors were aware of the lack of food in the Putin household. However, the only family to help the Putins was a frum Jewish family. They provided his family with food, clothing, and other necessities which they had been lacking. The kiddush Hashem, the sanctification of Hashem’s name, by one Jewish family created benefits for thousands of Jews.

Our behavior must always be exemplary, creating a sanctification of Hashem’s name

in front of Jews and non-Jews alike.

(based in part, on Rabbi Frand on the Parasha 3)