I Worked Hard and Succeeded! Thank You Hashem! 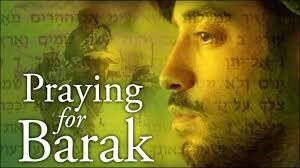 “Arm from among you men for an army… one thousand per tribe… from all the tribes of Israel….” (Bamidbar 31:3-4)

(Based on a story told by Rabbi Yoel Gold) In July 2014 there was a war in Gaza. Betsy, from Beverly Hills, California called a special hotline and was given the name of a soldier to pray for. The name was Barak ben Orna. The following summer, Betsy went to Israel for a visit. She “decided’ to visit Herzliya for the day. She “decided” to go to Meat and Wine Co., one of the two kosher restaurants. Betsy was first ushered to a table without a view. She asked the waiter to please move them upstairs, next to the window. When she sat down upstairs, a different waiter brought them the menu. As he walked away, he said, “By the way, if you need anything, my name is Barak.” Betsy immediately got the chills. Betsy asked her husband to find out Barak’s mother’s name. Sure enough, it was Orna! In shock, she asked if he’d fought in Gaza the summer before. He was amazed that she knew that. When Betsy told Barak that she had been davening for his safety, he was touched to tears. Here, at his table, was this stranger from the other side of the world who knew about him and had kept him in her prayers. A few weeks later, Betsy received a letter from Barak. He told her that he was not particularly religious and hadn’t prayed in a long time. However, after meeting Betsy, he was so inspired that he started putting on tefillin and started davening every day. Barak had been touched by seeing how much a stranger cared for him.

Hashem told the Jews to fight against Midian to punish them for the 24,000 Jewish deaths that they had caused. The Midrash Rabbah says that each tribe contributed three thousand men. One thousand fought, one thousand took care of the supplies, and one thousand came with them to daven. The total was 36,000 men.

Rav Yechezkel Levenstein, the late mashgiach of the Mir yeshiva, asks a few questions (cited in Sefer Talelei Oros). The war against Midian was a mitzvah, commanded by Hashem. Thus, success was certain. If so, why was it necessary to have so many men enlisted to daven? Furthermore, those men who davened, davened on the front lines. Why was that necessary? Why couldn’t they have stayed in the camp and davened there?

Rav Yechezkel answered with an insight into human nature. The soldiers on the battlefield were tzadikim, righteous men. Even so, there was a concern that after their victory, these men would, to some extent, attribute their success to their own powers. They would feel that it was their military strategy or their strength that contributed to their victory. They would forget that they only succeeded because of Hashem. To counter this feeling, there had to be an equal number of men praying and fighting. In addition, the men praying had to be on the front lines where the fighters could always see them. That would remind the fighters that their victory was only due to Hashem. The fighters had to see the force of prayer in order to acknowledge it. Knowing, without seeing, would not have had the same affect.

Often, we work hard on a project. We feel good when it is successful. We think that it succeeded only because of our efforts. Our efforts are important, but our success is only because of Hashem! The strongest proof of this is when you see two people put in the same effort yet only one of them is successful.

As hard as we work on something, we must always remember that our success is only because Hashem wills it!