Hashem Can Do The Job! 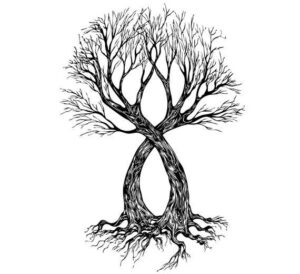 “Avenge the Jewish People on the Midianites; then you shall be gathered to your People.” (Bamidbar 31:2)

The Midrash (Bamidbar 22:6) in this week’s parsha says that Yehoshua was supposed to live for 120 years, just as his teacher, Moshe Rabbeinu, did. However, Yehoshua lost 10 years of his life and only lived for 110 years.

Hashem told Moshe to avenge the death of the 24,000 Jews whom Midian had led to sin. Hashem added that Moshe would die as soon as the battle was ended. One would think that Moshe would delay in going to battle. On a personal level, any delay would mean that Moshe would live longer. On a communal level, it would mean that the Jews would benefit from Moshe’s leadership and influence for additional time. Furthermore, Hashem did not give Moshe a specific time when to go to battle. Despite these factors, Moshe followed Hashem’s command with zrizus, with alacrity. He went to war to fulfill Hashem’s command as quickly as possible.

Yehoshua was told to battle the 31 kings in Eretz Yisroel. Yehoshua knew that he would die as soon as his mission was complete, just as Moshe had died. Yehoshua felt that it would benefit the Jewish People if he would remain alive longer. He knew that after his death the Jewish People would sin by turning away from Hashem (see Devorim 31:29 and Rashi). The Maharzu explains, Yehoshua felt that Moshe erred by not delaying the battle against Midian. Therefore, when it was up to Yehoshua to determine what to do, he delayed in fighting the remainder of the battles. Even though Yehoshua’s intentions were noble, his inaction was considered a sin [for someone as great as he] because he did not fulfill Hashem’s command quickly, with zrizus. As punishment, Yehoshua lost 10 years of his life.

Rav Henach Leibowitz zt”l explains that a person is obligated to do the right thing. If the Shulchan Aruch (Books Codifying Jewish Law) indicates he should do something, then he should do it. He should not be concerned about what is going to happen in the future. Hashem runs the World and Hashem takes care of the Jewish People. If Hashem wanted the Jews to remain on an exalted level, they would remain so even without Moshe or Yehoshua’s leadership and guidance. Halacha dictated that Yehoshua act with alacrity. He did not and for someone as great as he, it was considered a sin that cost him 10 years of his life.  That was despite his noble intentions. [Nowadays, if one feels that he can benefit others in a way that is contrary to halacha, he should always ask his Rav for advice. Sometimes extenuating circumstances may determine an alternate course of action that is still within the guidelines of halacha.]  The end does not justfy the means! The Rosh HaYeshiva zt”l used to say that the biggest moralists who are concerned about the World, shed the most blood. They believe that the end justifies the means. Thus, they will kill anyone who get in their way of helping the World.

Rabbi Henach Leibowitz zt”l gave two other examples of this idea. One is recorded in the Talmud (Brachos 10A). The prophet Yeshayahu came to King Chezkiyahu, telling him that he would soon die.  Yeshayahu told him that Hashem was upset that he did not get married and did not fulfill the mitzvah of having children. King Chezkiyahu felt that he had a very good reason not to marry. He foresaw that he would have a descendant, Menashe, whose actions would cause the destruction of the Beis HaMikdash. King Chezkiyahu’s calculation was an error. He was obligated to follow the halacha and

marry, hoping to have children. That was his mitzvah! As to what his descendant would do, that was Hashem’s “worry”. Again, we see that our obligation is to follow the halacha.  We must “let” Hashem concern Himself with what happens in His world. [King Chizkiyahu davened to Hashem with intensity, did teshuvah and did not die at this time.]

The Midrash (Braishis 61:6) gives a third example. Hashem blessed our forefather Avraham with the power to bless (see Rashi on Braishis 12:2 and 25:5).  According to one opinion, Avraham did not to give these blessings to his son, Yitzchak, even though the brachos meant so much for the future of the Jewish People. Avraham felt that that it would not be proper to give these brachos only to Yitzchak but not to his other children, Yishmoel and the sons of Ketura (see the Matnos Kehuna on the Midrash). Avraham felt that the end does not justify the means and it would not be proper to give the powerful blessings to one of his children if that would hurt the feelings of his other children. Avraham did not want to give the brachos to Yitzchak because he foresaw that the wicked Esau would descend from him. Avraham felt that halacha determined that he should not give the blessings. Then how would Yitzchak receive them? Avraham said to himself, Hashem runs the World. If Hashem desires Yitzchak to have the blessings, then He Himself will give them to Yitzchak. That is what happened and eventually, Hashem did give the blessings to Yitzchak.

The Midrash illustrates Avraham’s dilemma with a parable. A king hired someone to tend to his orchard. In the orchard there were two trees intertwined with one another. One of those trees produced a life-giving potion while the other one produced a deadly poison. The hired hand was in a dilemma. If he watered and tended to the good tree, the poisonous tree would also flourish. If he would not tend to it, then both trees would die. He decided to do nothing and let the owner of the orchard decide what to do. Similarly, Avraham did not pass down the blessings to Yitzchak. He decided to let Hashem, the “owner of the World”, figure out the solution.

Hashem wants us to follow His will, to follow halacha.  This is true even if we feel that we know better and can achieve better results if we do not follow halacha. We should trust that the Creator and Maintainer of the World has a plan and can take care of things even better than we can.