With this “Secret”, We Can Do Anything! 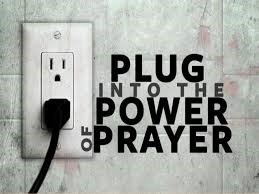 The Talmud (Kiddushin 29B) relates that there was an evil demon living in the Yeshiva headed by the Talmudic sage, Abaye. The demon caused harm to some of the students, even during the day. When Abaye heard that Rav Acha bar Yaakov was coming to town he told all the people to refuse to lodge him for the night. He wanted Rav Acha to be forced to stay in the Yeshiva, “and perhaps a miracle will occur”, and the danger would cease. In fact, Rav Acha did stay in the Yeshiva. When he saw the demon, he davened to Hashem for help and the demon perished.

The Maharsha asks, “How could Abaye endanger Rav Achya’s life by relying on the possibility that a miracle would save his life?” The Maharsha explains that Abaye was 100 percent certain that the prayers of this pious scholar would destroy the predator. This would not be considered a miracle since prayer is part of the “natural order”. Abaye knew that Hashem would answer Rav Acha’s prayer and would protect him from harm.

This week’s parsha discusses an accidental murderer. If one killed unintentionally, he was sent to an ir miklat, a city of refuge, where he was protected from any family member wanting to avenge the death of their relative. The killer was permitted to go free, and be protected from harm, only after the Kohen Gadol died. The Talmud (Makos 11A) says that the mother of the Kohen Gadol would bring food and clothing to people in the city. Her hope was, the more comfortable their lives in the city of refuge, the less urgency they would feel to leave, and the less likely it would be that they would pray for the death of the Kohen Gadol.

Why would the mother of the Kohen Gadol be concerned that the prayers of a killer could possibly cause the death of her son?

Even though this prayer would have been outrageous, since prayer is part of the natural order of the world, it could have been accepted. Thus, the mother of the Kohen Gadol, tried to foil this powerful prayer from being recited.  (Based on Rabbi Frand on the Parashah 3)

Prayer is part of the natural order of the world and is not miraculous.

We have this incredible power, within us.

Let’s use this power and turn to Hashem for all our needs!