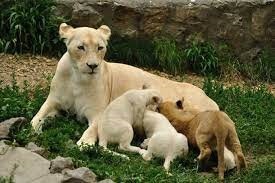 “And he shall take two birds on behalf of he who is becoming pure” (Vayikra 14:4)

The Midrash (Tehillim 39:2) relates a fascinating story. There was a Persian King who was near death. The doctors said that his only cure was to drink the milk of a lioness. A volunteer came forward. He requested that the king provide him with ten goats. He traveled to a lion’s den where he found a lioness nursing her cubs. He stood a distance away and threw one goat to the lioness. Each subsequent day he threw another goat to the lioness. Each time he came a little closer to the lioness. After ten days he was able to get close enough to milk her. While he was traveling back to the king, he had a strange dream. All his limbs were arguing amongst themselves as to which was the best and the one most responsible for the successful outcome. When the tongue said that it was the best, all the other limbs made fun of it. The tongue replied, “Today you shall see that I am master over all of you!” When the volunteer reached the king, he entered the palace and said, “Here is the dog’s milk”. The king was furious that he brought milk from a dog rather than the milk of a lioness. The king ordered that the volunteer be hung. As he awaited his death, he dreamt again. The tongue said to the other limbs, I told you that today you will see that you are nothing. If I save you, will you admit that I am master over you?” The other limbs agreed. When the man awoke, he immediately asked to be brought back to the king. He told the king that in his language a lioness is called a dog, and indeed he brought the milk of a lioness. The king drank the milk and was cured.

This is what King Shlomo said, “Death and life are in the power of the tongue” (Mishlei 18:21).

One who spoke loshon hara, slander, was punished with tzara’as, a spiritual skin disease. After the tzara’as disappeared, the kohen brought two birds on his behalf. One was sacrificed and one was set free in the field. Why were birds used instead of larger animals? Rashi (Vayikra 14:4) quotes the Talmud (Arakhin 16B) that explains the offering matches the sin that it came to atone. The plague of tzara’as came as a punishment for slander, which is done by chattering. The slanderer had acted in a way that had demeaned his power of speech to something no better than that of a bird. Therefore, birds were required for his purification, as they chatter continuously.

Why were two birds brought and not just one? The Maharsha (Arakhin 16B) says that the tongue has the power over both life and death. One can choose either path. The offering of one bird hinted to the chattering of loshon hara from which the sinner should refrain. The second bird hinted to the “chattering” of learning Torah, which is the antidote, the cure to speaking loshon hara.

Rabbi Shlomo Ganzfried (quoted in the Talelei Oros by Rabbi Yisaachar Dov Rubin) expounds on the idea set forth by the Maharsha. He says that had only one bird been brought the sinner may have erroneously concluded that he should try to remain silent to avoid sinning in the future. Therefore, the second bird was brought to teach the sinner that speech can also be beneficial. It can bring eternal life to a person if he uses his speech to learn Torah rather than speaking idle or sinful chatter.

Rabbi Yissachar Frand (Rabbi Frand on the Parashah 2) quotes a Zohar with a different answer as to why two birds were brought. One bird was brought to atone for improper speech and one to atone for good speech. The first is obvious. Improper speech causes rifts, creating disharmony.  However, how can a person misuse proper speech? The Shemen Hatov says that positive speech can be misused by NOT using it. Sitting passively and not utilizing positive speech can be harmful! Positive speech can be used to give a compliment, to acknowledge someone’s hard work, to make another person feel good or appreciated. It can bring a smile to the face of a person who is feeling sad. A simple greeting of good morning can bring a smile to the face of a person feeling sad. It can change his mood for the day.

Compliments benefit the giver as well as the receiver. Being in the habit of giving compliments and expressing gratitude helps one to notice and appreciate that which is good. “Being complimentary helps create an optimistic, happier outlook”. Scientists have found that being paid a compliment lights up the same part of a person’s brain that gets activated when he gets paid a monetary award. Short one-line sentences can brighten a person’s day. Some examples are, “Your haircut looks great. Your speech was so moving. You are a good friend. I can’t tell you how great it was to talk to you when I was upset”. (Marcia Naomi Berger, a licensed clinical social worker and psychotherapist quoted in NBC News BETTER).

Compliments create a ripple effect of kindness and encouragement which spread to others. Compliments cost nothing to give, but the value felt by both the giver and the receiver is priceless.

Refraining from speaking can be harmful. It may even be forbidden and be considered as “stealing”. If we see another person being harmed either physically or verbally, we must speak up in their defense. If we do not, we are “stealing” what is due to them (see Rashi in Bereishis 16:5).