Listen to What I Just Heard About…! 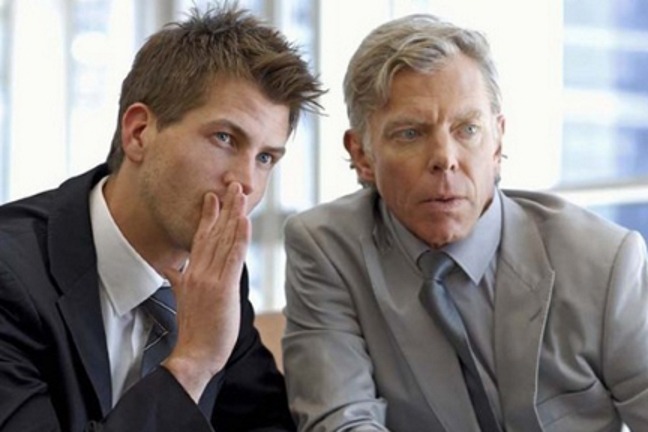 “…[The severity of] causing a separation amongst brothers is learnt from Pharoah who caused a separation between Avrohom and Sarah…” (Vayikrah Rabbah 16:1)

Rabbi Yoseph Dov Soloveitchik (The Beis Halevi), the renowned Torah scholar who started the dynasty of Brisk, was born in the year 1820. He married at a young age. His father-in-law fully supported this renowned Torah scholar to enable him to continue his learning, uninterrupted. He was soon blessed with a baby daughter. His brother-in-law was very jealous at all the attention that he was receiving ever since he had entered the family. His brother-in-law looked for every opportunity to disparage him to his father-in-law. He said that Rabbi Yoseph Dov was not as religious as he had seemed. The poison finally worked and Rabbi Yoseph Dov’s father-in-law demanded that he divorce his wife. His wife had also been poisoned by the slander and agreed with her father. Rabbi Yoseph Dov refused any money that his father-in-law had offered and left behind everything his father-in-law had given him. He kissed his daughter goodbye and left town wearing his old suit, taking his few belongings with him. His mother-in-law was the only one who sided with him. She tearfully said goodbye to him. – Based on The Quill of the Heart, published by the Chofetz Chaim Heritage Foundation            Slander caused by jealousy ruined this marriage!

The Midrash (Vayikrah Rabbah 16:1) lists seven actions which are punishable by the supernatural skin disease of tzoraas. The worst of those actions is speaking loshon hara because it is the cause of all other sins, including idolatry, adultery, and murder (Yefei Toar, commenting on the Midrash). Loshon Hara causes a physical or emotional separation between friends, between spouses, or between us and Hashem. The Midrash proves from Pharaoh that the punishment for causing this separation is tzoraas. Although Pharaoh did not speak loshon hara, his actions caused the same result as loshon hara. Pharaoh caused a physical separation by taking Sarah away from Avrohom Aveinu. Pharaoh wanted Sarah as his wife. Pharaoh also caused an emotional separation between Avrohom and Sarah. The Midrash (Lech Lecha 41:2) says that when Hashem told Avrohom to leave his birthplace, Hashem promised that He would bless Avrohom and make his name great. Sarah did not receive this promise but had faith that this would also apply to her. Had Avrohom been taken into Pharoah’s palace together with Sarah, she would have felt secure. Now that she was in this predicament by herself, she had doubts if she would be saved. Sarah felt “upset” with Avrohom who was not together with her. As a result, she felt slightly insecure. This caused a slight emotional separation between Avrohom and Sarah. Furthermore, in attempting to save herself, Sarah told Pharaoh that she was married to Avrohom. This revelation of Avrohom’s secret could potentially have made Avrohom upset. Avrohom had made everyone think that he and Sara were brother and sister in order to protect himself from harm. Now the secret was known. (Sarah was Avrohom’s wife. She was also his niece. Commentators explain that people would often call their close relatives their sister. During their travels to dangerous foreign countries, when Avrohom asked Sarah to say she was his sister, it was truthful).

These rifts that Pharaoh caused were only temporary and couldn’t have been so bad. After all, Sarah wouldn’t have stayed annoyed at Avrohom since it wasn’t Avrohom’s fault that he wasn’t also taken captive in Pharaoh’s palace together with Sarah. Avrohom could not have been annoyed that Sarah revealed his secret to protect herself. Despite this, Pharaoh was punished with tzoraas.

Pharaoh was punished with tzoraas for the separation he caused between husband and wife and NOT for the evil intentions he had in mind to do to Sarah. From this we see how serious it is to cause a physical or emotional separation between people.

We see how careful we must be. Speaking loshon hara can cause rifts between friends or spouses. Even if the rifts are only temporary, we are held responsible for them.