It’s NOT the Way it Seems! 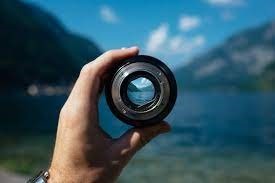 The following is a true story. Rachel regularly used an excellent babysitter for her youngest son while she was at work. The babysitter said that she would not be available to work for a few weeks. Luckily, Rachel found another drop-off babysitter, Nechama, who agreed to babysit in the interim. Every day, either Rachel or her oldest daughter, Sara, would drop- off the baby and then pick him up from Nechama’s house. Nechama got to know both Sara and her mother. She felt that Sara would be a perfect match for her cousin, Daniel. Nechama mentioned the idea to both families. Sara and Daniel went on a date and enjoyed each other’s company. After a few months, they became engaged.

Yosef HaTzadik was imprisoned in Egypt for 12 years. After the last two years of Yosef’s imprisonment had ended, Pharoah had a troublesome dream. All of Pharoah’s wise men and stargazers were unable to explain the dream to his satisfaction. Then, he heard from his wine steward that Yosef could interpret dreams. So, he called for Yosef to be taken out of prison and brought before him. Luckily for Yosef, Pharoah had that dream. That allowed Yosef to be freed from prison. Or…??

A story is told about a man who was very dedicated to giving tzedakah (charity). One time, his wife gave him a few coins and told him to go to the marketplace to buy something for their children. On the way, the man met someone collecting money for an orphan. He readily gave away all the money that his wife had given him. Ashamed to return empty-handed, he collected and brought home a sack full of abandoned esrogim. The man had to go overseas. Accidentally, he packed the sack of esrogim. When he arrived at his destination, he heard that the king in that country was suffering from a severe stomach ailment. The king’s physicians had determined that only the fruit of the citron, esrog, could provide relief.  However, no one could secure such a fruit on short notice since they did not grow locally. It was then that the man discovered the esrogim in his bag. He brought them to the palace, and upon the king’s recovery, was rewarded handsomely. The man became very rich because he had something that was greatly needed. Or…??

A villager visited the big city for the first time in his life. He was amazed by what he saw. When he arrived at the train station, for the first time in his life, he had an interesting observation. He noticed a man standing on the platform. When the man blew a shrill sound of the whistle, people began walking towards the waiting train. When he blew the whistle a second time, more people came running to the train. When he blew it a third time, the train left, without waiting for anyone else. This scene repeated itself a few times. The villager was amazed at what this man was able to do. He felt that this man must be very important since he had the power to decide when the train left. The villager approached the train man, giving him a lot of respect. The train man laughingly told him that he was not in charge. He was only a lowly worker who followed the instructions of the trainmaster who was sitting in his office, above the platform. The trainmaster signaled to the man below when to blow the whistle for the train to depart. The Chofetz Chaim zt”l says that many people err in thinking that they know why certain things happen. It seems clear to them what the cause is and what the result, the effect, of that cause is. It is a big mistake! The cause for everything that occurs is as a result of a decree from Hashem!

The Midrash Rabbah (Bereishis 89:1) says that there was a set time for Yosef to be imprisoned. The Torah says (Bereishis 41:14) that as soon as that time was up, Yosef was quickly taken out of jail. The Chofetz Chaim zt”l  (in Chofetz Chaim on the Torah) says that every Heavenly decree has a fixed time. As soon as that time arrives, Hashem does not allow the decree to continue for a single extra minute. Thus, Yosef was immediately taken from the jail.

Since the time for Yosef’s freedom had arrived, therefore, Pharoah had a dream.  The reason for Pharoah’s dream was to be a conduit to Yosef’s freedom. The dream was not happenstance. Rather, Hashem decreed that Pharoah dream as a means to free Yosef.

Rav Yosef Soloveitchik, zt”l (in his sefer Bais Halevi) says that this understanding is the basis for the explanation of our pasuk. The end of Yosef’s prison time and Pharoah’s dream are written in the same pasuk because they are connected. The time for Yosef’s freedom had come. Therefore, Hashem facilitated that freedom. The way that Hashem did it, was by causing Pharoah to have a dream.

Look back at our previous stories. Since Hashem determined that it was time for Sara to meet Daniel, therefore, Hashem orchestrated events to ensure that they would meet. Hashem caused the regular babysitter to become unavailable for Nechama to meet Sara.

In the next story, Hashem wanted the man to become rich. Therefore, Hashem arranged for him to acquire esrogim to make him wealthy.

What appears to us to be a simple cause and effect is often not accurate.

When Hashem wants something to occur, Hashem orchestrates

and causes a chain of events to bring His plans to fruition.