Go For It! Before It Is Too late! 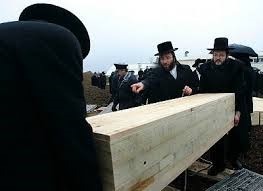 “…let Pharaoh find a man of discernment and wisdom and set him over the land of Egypt.” (Bereishis 41:33)

There is a pasuk in parshas Bereishis (1:2) that says,”there was darkness over the surfaces of the deep.” The Midrash Raba (Bereishis 2:4) says that this pasuk is alluding to the nations that will rule over the Jewish People in the various exiles. The word “darkness” refers to the exile of Greece. The Greeks darkened the eyes of the Jewish People with harsh decrees. The Greeks enacted laws forbidding the Jews from keeping Shabbos, Rosh Chodesh, Bris Mila, and learning Torah.

Miraculously, the small, untrained, and weak band of Jews routed the powerful Syrian-Greek Army, bringing the Jewish People from a state of darkness to light.

Rabbi Shimshon Nachmani zt’l (Zera Shimshon by Rabbi Nachman Seltzer) says that our mitzvah to light Chanukah candles reminds us that the essence of our victory was that we were once again able to bring light into our lives by fulfilling the mitzvos.

Rabbi Frand (Rabbi Frand on the Parashah 2) quotes the Shai L’Mora, by Rabbi Shabbetai Yona (Salonica, 1653) who asks why it was necessary for Yosef to suggest that Pharaoh appoint a wise man. Wouldn’t it have sufficed for Pharoah to appoint a good bureaucrat who was very organized? That person would be in charge, of collecting the grain during the seven years of abundance.

The answer can be understood when we view the Talmud’s definition of a wise man. The Talmud (Tamid 32A) says that a wise man foresees future developments. During the seven years of plenty, the abundance of grain was astronomical. The pasuk (Bereishis 41:49) says that the amount of grain was like the sand by the sea. Rashi and the Sforno say that the one who was counting the grain stopped counting because there was no number that high. Had Pharoah just appointed a bureaucrat, after some time, the bureaucrat would have seen the tremendous amount of grain and would have thought that there was no way so much grain would ever be needed. As a result, he would have stopped saving it. A wise person was needed to be in charge. He would see into the future and not become complacent during the years of plenty. He would realize that the grain would indeed be needed.

Yosef’s advice is relevant to us as well.

When the Vilna Gaon was about to die, he held onto his tzitzis and began to cry. His students asked him why he was crying. He replied that “We are living in the seven years of plenty. Those seven years are an allusion to this world, where we have plenty of opportunities to do mitzvos. For a few pennies, a person can purchase a pair of tzitzis. When he wears the tzitzis, he is fulfilling a mitzvah every second of the day. He is acquiring eternity in Olam Haba (the World to Come). “Olam Haba is like the seven years of famine. Mitzvos that come effortlessly to us in this world are no longer available to us in Olam Haba. We subsist only on the mitzvos that we saved up in Olam Hazeh, the days of plenty”.

Sometimes one becomes caught up in this world and spends too much time and energy amassing wealth and luxuries. When he arrives in Olam Haba, he will feel silly and sad, realizing that he had wasted much of his time. By then, it will be too late to correct his mistakes.

We can follow the lesson of Yosef and be a “wise person” in our lifetime.

We can look towards the future, gathering as many mitzvos we can, while we are still able.