Hang-In There- The Reinforcements Are On The Way! 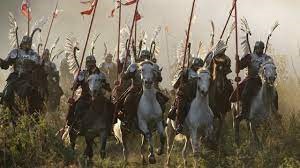 Hashem orchestrates certain events to provide us with the opportunity to be rewarded for doing a specific mitzvah. That reward will then protect us from a future calamity.

In the early 1800’s, the Jews of Poland were harassed by the military, abused by the nobility, and killed by the peasants during frequent pogroms. Once, the local governor summoned the head of the Jewish community, telling him that the Polish army was planning to train in their area. By the king’s orders, every member of the Jewish community would be obligated to house one or more Polish soldiers in their homes, providing them with food and lodging. The people of the town were devastated when they heard the decree. Their houses were not large, and food was not plentiful. Where would they find space in their homes for the soldiers to sleep? How would they be able to feed another person? A worse problem was their concern about the influence that these non-Jewish soldiers would have on their families. The leaders of the town convened a meeting but were unable to find a solution to this problem. One of the leaders suggested that they ask for a blessing from a rebbe who was known as a miracle worker. They decided that this was their only solution, so they sent a delegation to the rebbe. When they arrived, the rebbe was very busy. He was involved in the mitzvah of pidyon shvuyim (redeeming Jews). It was the common practice of Polish landowners to charge their Jewish tenants large sums of money. If the money wasn’t paid on time, they would often throw the entire family into dungeons, providing little or no food. The rebbe felt that time was of the essence. He had to save the Jewish family before they died in the dungeon.  After some discussion, the rebbe told the delegation that he needed a large sum of money to free the Jewish family. If they would provide him with that money, he would pray for them and in the merit of their fulfilling this special mitzvah of pidyon shvuim, their town would be spared from the King’s decree. They returned to their town and raised the money to save the Jewish family. Some of the townspeople had been hesitant to donate such a large sum of money because they were skeptical that the rebbe’s prayers would help. The town leaders told them that they would return the money if the decree was not lifted.

Time passed and the soldiers did not come to their town. They found out from the local governor that the king had sent him a letter stating that there was a change of plans, and the soldiers wouldn’t be coming to their town after all. The townspeople rejoiced! It seems as if the rebbe’s prayers had helped them. However, when they saw the letter of reprieve, they noticed that it was dated two weeks before they had gone to see the rebbe! If that was the case, then they had not needed the rebbe’s help! Those townspeople who had initially balked about paying so much money wanted the town leaders to return their money. They decided to bring their case to a din Torah (Jewish court of law). They brought their question to Rabbi Shlomo Kluger zt”l, the chief dayan and rav. Although a din Torah often tries to bring about a compromise, the people told Rabbi Kluger that they wanted the din Torah to be adjudicated without any compromise. Rabbi Shlomo Kluger told them to return the following morning. The following morning, Rabbi Kluger gave his ruling, based on an episode in Tanach.

The Book of Shmuel II (perek 6 psukim 1-9) discusses the following episode: King David had hand-picked 30,000 men who joined him to escort the Holy Aron (Holy Ark which contained the 10 commandments) from the house of Aminadav to bring it to Yerushalayim. King David and the men danced in front of the Aron, displaying honor to Hashem. Many various instruments were played. An accident occurred, and Uzza, one of Aminadav’s sons died at the hands of Hashem. (The story is further elaborated upon in the Navi. Some commentators explain that although Uzza was killed, he went straight to Gan Eden). King David was very distressed at this turn of events and decided it best not to bring the Aron to Yerushalayim, at this time.

The Ohr Hachaim says (Devorim 28:1-6) that after seeing what had happened to Uzza, the people were afraid to house the Holy Aron. Oved Edom Hagitti (from the tribe of Levi) agreed to house the Aron.  As a result of his graciousness, Hashem blessed his entire family. The Talmud (Brachos 63B-64A) tells us the blessing. Oved Edom’s wife and his eight daughters-in-law each gave birth to six children. This occurred during the time that the Holy Aron was in the house of Oved Edom, which was only three months!

Based on this story from the Neviim and the Talmud, Rabbi Shlomo Kluger ruled that the money did NOT have to be returned. If the nine women all gave birth during the three months that the Aron was in Oved Edom’s home, then obviously, the pregnancy of these women began months before.

Hashem had prepared the reward for Oved Edom, even before he had performed his good deed. Hashem had set events into motion so that if Oved Edom would perform the good deed and house the Holy Aron, he would merit the reward that was coming to him. Similarly, although the army’s change of plans had occurred two weeks before they had approached the rebbe, it was possible that it was due to the mitzvah of pidyon shvuim that they had performed as well as the prayers of the rebbe. Hashem, who knows the future, sets the process of the salvation in motion, in advance, waiting for us to act.

If we are facing challenges, we should not be discouraged or depressed. Salvation may already be on the way.

Hashem is just waiting for us to daven and/or do some good deed, to bring the salvation to fruition.

This dvar Torah is based on Torah Wellsprings, Vayeshev, from Rabbi Elimelech Biderman shlita, compiled by Rabbi Boruch Twersky