The Key to a Happy Marriage & Other Personal Relationships, Part 2 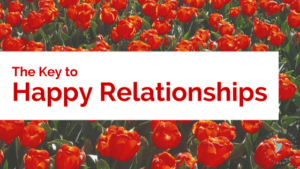 The Torah says not to cause pain or harm to a widow or an orphan. Rashi says that the same prohibition applies to harming any person. The Torah specifically mentions these because they are more sensitive and defenseless, thus they are more susceptible to be harmed. The Rambam (Hilchos Dayos 7:8) says that this even applies to a rich widow or even a powerful widow such as a queen. The reason is that they feel more dispirited than other women. The Rambam continues that we must be especially careful to speak softly and respectfully to them.

The Sefer Lekech Tov brings two instances illustrating the greatness of our Torah leaders in how they acted towards widows. Rav Yosef Chaim Sonnenfeld zt”l was the Chief Rabbi of Yerushalayim during the time of the British Mandate. When he was younger, he was a student in the yeshiva in Pressburg. Every Shabbos the students would leave the yeshiva to eat at the homes of various families. Every week, the young Rav Sonnenfeld would disappear enroute. Some of his fellow students became curious and decided to follow him. They followed him to one of the poorer sections of the city, down many steps to an apartment in the cellar. Rav Sonnenfeld knocked on the door of a widow and in a loud and cheerful voice called out his Shabbos greetings. Then he returned to his Shabbos meal. His friends couldn’t contain their curiosity and asked if the widow was his relative. He replied that she wasn’t.  He just wanted to bring joy to a widow. It was just a few words on his part, yet that was enough to bring a smile to the widow’s face.

Rav Yosef Zev Soloveitchik zt”l  was the Chief Rabbi of the town of Brisk. Since he was exceedingly humble, he never signed his name followed by his title as the Head of the Rabbinical court of the town of Brisk. He once heard that a widow living in the outskirts of the city needed encouragement and support. He quickly went to visit her. A younger person accompanied Rav Yosef Zev. He asked the fellow to quickly go ahead of him and announce to the widow that the Rabbi of Brisk was coming to visit her. He had the fellow use his title that he normally didn’t use in order to make the widow feel special and important.

These are the actions of one who has truly imbibed his Torah learning and acts accordingly. This is the sensitivity we must show to everyone in need.

Is there something else to do to make others feel good and to foster loving relationships?

Avraham’s servant, Eliezer, was sent to look for a wife for Yitzchak. He met Rivka at the well and asked for a drink. With haste, she gave him a drink.  On her own, she offered to provide water for Eliezer’s camels. After being asked for lodging, she added on her own that her family had ample food for Eliezer and his animals. Levi ben Gershon zt”l, known as the Ralbag, (Braishis 24:19) learns from this episode that an ideal servant and a true ba’al chessed, a truly kind person, is one who can anticipate the needs of another. He must be keenly observant to notice a need without being asked. Then he must be conscientious is fulfilling that need. Eliezer saw this trait in Rivkah and knew that she would be the perfect wife for Yitzchak. The Ralbag says that it does not suffice for a servant to follow orders and do all that he is asked. His master will still be lacking because he won’t realize to verbalize all his needs. In order be considered the quintessential servant, he must be observant to notice ways to help his master and act on those needs. Rav Henach Leibowitz zt”l, Rosh Hayeshiva of Chofetz Chaim, pointed out that being alert to the needs of others is a middah of its own, that must be worked on to perfect. One can’t be a complete servant or baal chessed without this trait. King Shaul’s son, Yehonasan lacked this trait. He had such love and devotion to Dovid and would have done anything for him. Yet, Yehonasan overlooked Dovid’s need for food. He didn’t even provide him with two loaves of bread. As a result, Dovid had to get food from the city of Nov, the city of Kohanim. Since that city provided food for Dovid, King Shaul killed the entire city of Nov (Gemorah Sanhedrin 103B).

We see from the Ralbag that it is an important middah to be a complete ba’al chessed and anticipate the needs of others. This same trait is important for a happy marriage. Noticing a spouse’s needs before it is verbalized will foster a loving and lasting relationship.