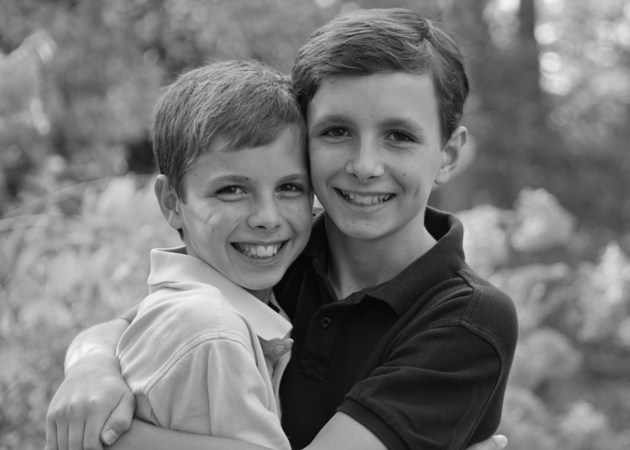 “On the second day, Nesanel son of Tzuar, the leader of Yisachar offered [his offering for the dedication of the Altar]” (Bamidbar 7:18)

There is a beautiful story that has been passed down for many years.

There were two brothers who lived on opposite sides of a hill. One of the brothers was married and had a large family. He was very poor. The other brother was rich but was alone.

One night, during harvest time, one brother tossed about in bed. “How can I rest comfortably when my brother has so many more mouths to feed?” He arose, gathered bushels of wheat and quietly climbed the hill to bring them over to his brother’s field.

Meanwhile, his brother across the hill also could not sleep. “How can I enjoy my harvest and not be concerned with my brother. He is alone in the world, without someone else to support him in his old age?” He arose in the night and quietly brought over bushels of wheat to his brother’s field.

One night the brothers met on the top of the hill. Then they realized what had happened and the brotherly love that was shown. With love, they embraced.

These brothers could have been jealous of each other for each one had something in life that the other brother did not. Instead of acting with jealousy towards one another they exhibited brotherly love.

The day that the construction of the Mishkan (Tabernacle) was completed was very joyous. The leaders of all the tribes (nesiim) brought special offerings in honor of the occasion. Each offering consisted of many different animals to be sacrificed to Hashem. Each offering also included a silver bowl and basin filled with fine flour that was mixed with oil, as well as a gold ladle filled with spices.

Nesanel son of Tzuar was the leader who advised the other leaders to bring an offering at this time. He also advised the other leaders to bring the exact same offering. The Chofetz Chaim explains that Nesanel did not want one leader to try to “outdo” the other by adding to his offering. Nesanel wanted to prevent any feelings of jealousy among the leaders. These efforts brought such pleasure to Hashem. Normally, only communal offerings are brought on the holy Shabbos. The offerings of the leaders were personal, from their own belongings, and normally would not have been allowed to be brought on Shabbos. The Midrash says that Hashem was so pleased with their efforts to promote love and friendship and prevent jealousy and hatred. Hashem wanted to “join them” and offer them Shabbos. Hashem permitted the personal offering of the leader of one of the tribes to be brought on Shabbos.

Additionally, since the leaders of the tribes showed such respect for one another, Hashem gave them an added honor. The Torah records the offering of each leader separately. Since the offerings were the same, the Torah could have listed them once and stated that this same korban was brought by each of the leaders of the tribes. Instead, the Torah repeats the same psukim over and over to accord honor to each leader individually.

We see how much Hashem cherishes it when we show love and respect for each other. Rabbi Moshe Chaim Lutzato says in the Mesilas Yesharim (Path of the Just. Chapt 19), “…The more that a person loves his fellow Jew, the greater is the love that Hashem showers upon him.”

Each of us should make every effort to foster feelings of love and friendship and to try to avoid causing jealousy. Those actions will bring nachas, joy & happiness to Hashem and will cause Hashem to increase His love for each of us.