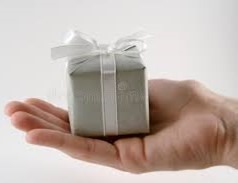 “…A man or woman who shall separate themselves by taking a vow to become a nazir, to abstain for the sake of Hashem.” (Bamidbar 6:2)

Avrumi was nine years old. His mother had passed away a few years earlier and his older sister, Leah, was taking care of him. He felt so close to Leah who was like a mother to him. Leah’s birthday was approaching, and Avrumi wanted to do something special for her. One day, the two of them passed a jewelry store. Leah saw a necklace displayed in the window and remarked that it was so beautiful. Avrumi immediately decided that this was the gift that he wanted to buy for his sister. He went home, opened his piggy bank, and counted the money he had saved. He had thirteen dollars and seventy-six cents. He rushed to the jewelry store. He went inside and asked the owner how much the necklace in the window cost. The owner was surprised that a young child should be asking about buying a necklace that was valued at over one thousand dollars. He asked the boy why he wanted to buy it. Avrumi explained that his mother had passed away and his sister took such special care of him. Her birthday was approaching, and he wanted to give her a special present. The storeowner asked Avrumi how much money he had. Avrumi poured the contents of his piggy bank on the counter, a collection of pennies, dimes, nickels, and a few quarters.  He said that he had thirteen dollars and seventy-six cents. He asked with childish innocence, “Is this enough money?”. The store owner was a kind man and was touched by Avrumi’s total sincerity. He said, “What a coincidence. That is exactly what the necklace cost.” Avrumi gave a huge smile as the storeowner wrapped-up the necklace. A few days later, Avrumi gave Leah her present. She was so touched. Then she asked Avrumi where he had purchased it. She realized that this was an expensive necklace and felt that the storekeeper must have given it to Avrumi by mistake. She brought the necklace back to the store and said that there must have been a mistake. The storekeeper looked at Leah and told her that there was no mistake. The necklace was paid in full!  Avrumi’s complete love for his sister had touched the storeowner’s heartstrings and he accepted that love as full payment for the necklace.

In the time of the Beis HaMikdash, a person could choose to take a vow to become closer to Hashem by becoming a nazir. As such, he was forbidden to have wine or grape byproducts, he was forbidden to cut his hair, and he was forbidden to become tamei lmais, ritually impure through proximity to a dead body. Usually, one became a nazir for thirty days, after which he had to shave his head and bring specific sacrifices to Hashem. If the nazir became tamei lmais, he had to shave his head, bring a special korban, sacrifice, and had to restart his time as a nazir. The Talmud (Nedarim 9B) states that Shimon HaTzadik, the Kohain Gadol, never ate the korban of a ritually impure nazir, except once. A very handsome a nazir, became tamei lmais and went to offer a korban. Shimon HaTazadik saw him and asked why he had decided to become a nazir, necessitating him to shave off his beautiful hair. The nazir replied that once while shepherding his father’s flock, he had noticed his reflection in the water. After he saw his beautiful hair, the yetzer hara had tried to entice him to sin. He responded by becoming a nazir and shaving his hair for the sake of Hashem. Shimon HaTzaddik was exceedingly impressed. This nazir had done something beautiful but why did Shimon HaTzadik accept only his korban and no other nazirs.

The Eitz Yosef (in sefer Ein Yaakov, in Nedarim) explains that some nazirs who became ritually impure regretted having ever become nazirs because they had to restart their time as a nazir. Their regret diminished the holiness of the korban that they had to bring. That is why Shimon HaTzadik never accepted any of their korbanos. However, this nazir became a nazir in private, without fanfare. He did it totally for the sake of Hashem. So much so, that Shimon HaTzadik was certain that this nazir felt no such regret. Thus, his korban maintained its holiness. Therefore, Shimon HaTzadik accepted it and attributed to him the pasuk, “ki yafli lidor” (Bamidbar 6:2), which the Ibn Ezra explains, means that by becoming a nazir, one is doing something wonderous.

Is the action of a nazir so special that it is considered wonderous? Is it so difficult to abstain from wine and not take a haircut for a mere thirty days? Rabbi Yaakov Neiman in sefer Darchei Mussar (as quoted in Yalkut Lekech Tov by Rabbi Yisroel Beifus) says, that abstention, in of itself, was not such a big deal. However, if the intent was totally for Hashem, that elevated a mundane action into something very special. A very special mitzvah can become tainted if done with ulterior motives such as for personal aggrandizement or praise.  However, a relatively “small mitzvah” done with total purity of heart, totally for the sake of Hashem, is very precious to Hashem, as a pure korban.

Our goal should be to try to perform mitzvos with total purity of heart. Each chapter of Pirkei Avos ends with a quote from the Talmud (Makos 23B), “Rabbi Chanania ben Akashya says, “Hashem, blessed is He, wants to give merit to the Jewish People, therefore He gave us Torah and an abundance of mitzvos….” The Rambam (in his Perush Al HaMishnayos) says that one of the foundations of our belief is that one merits life in the World to Come by doing at least one mitzvah properly, with total heartfelt devotion to Hashem. It must be done out of love for Hashem, solely to fulfill Hashem’s will. Then he will merit life in the World to Come. Therefore, Hashem gave us many different mitzvos to give each of us the opportunity to observe at least one mitzvah perfectly, thereby inheriting a portion in Olam Haba.