Drill, Drill, Drill “My” Boat -Not “Your” Boat, Gently Down the Stream 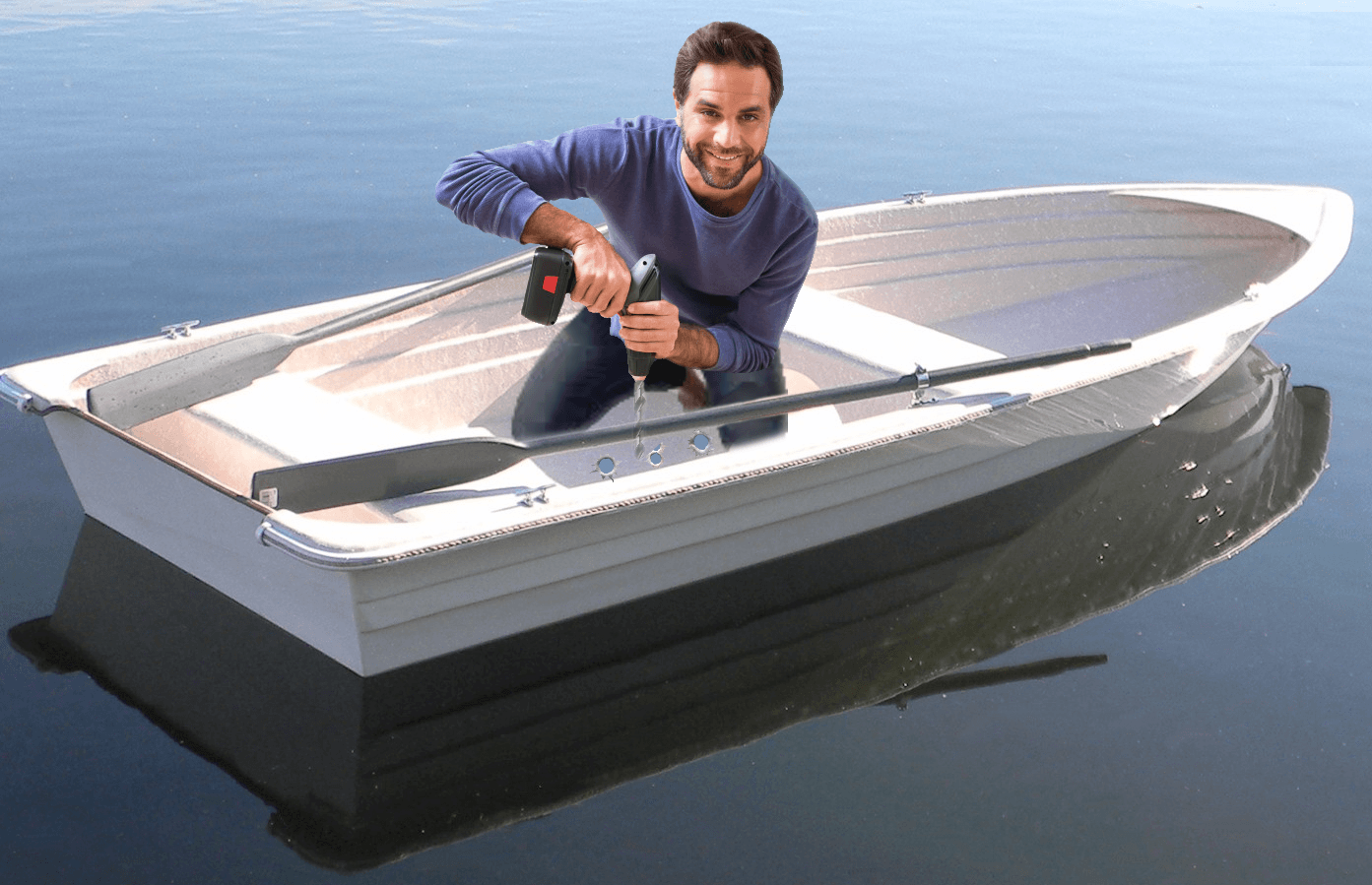 “The hidden [sins] are for Hashem, but the revealed [sins] are for us and our children forever, to carry out all the words of this Torah.” (Devarim 29:28)

Zalman, Yisacher, and Beryl went on a boat. When they reached the middle of the ocean, Beryl took an awl and began making a hole in the boat. Yisacher laughed and calmly said to Zalman, “Poor Beryl. Doesn’t he realize that he will drown if he finishes that hole?” Zalman shouted to Beryl to stop. Then he turned to Yisacher and said, “Don’t be a fool! If Beryl would succeed in making a hole, WE WOULD ALL DROWN!”

The entire Jewish nation was standing before Hashem to enter into a covenant with Hashem. The contract was that we would be Hashem’s people and we would accept only Hashem as our G-D.

The covenant of having Hashem as our G-D, places upon us a responsibility for our fellow Jew. If one Jew sins (and we are aware of it) and we don’t try to stop him, we too will be punished for that sin.

All Jews are ONE. We have a natural feeling to help a fellow Jew in need because he is part of our extended family.

When a young Jewish girl was lost in the woods, after a school hiking trip, hundreds of Jews; “strangers” drove upstate to help in the search. Countless thousands around the world davened and said Tehillim (Psalms) for her safe return. The next day the Hatzalah radios announced she was found, unharmed. Jews, “strangers”, the World-over, cried when hearing this good news about their “sister”.

Besides feeling closeness to and oneness with our fellow Jew, we have a responsibility to him and to the entire Jewish People. All Jews are in the “rowboat of life” together. Our destiny is determined by the collective actions of all Jews. If one Jew sins, that affects the rest of us too. Rav Yisroel Salanter used to say that one Jew’s sin affects Jews elsewhere. A sin done by a Jew in America can affect a Jew in Israel. Similarly, a mitzvah done by a Jew in America can protect and save a Jew in Israel (or elsewhere). We should keep in mind the difference that each of us can make by strengthening our mitzvos and being more careful of our sins.

We must always look to strengthen the Torah values of our fellow Jews. When a Jew sins, we can’t turn-away and say, “It’s his problem”. It’s OUR problem! We must instruct and encourage IN A NICE WAY without embarrassing him. If our friend is about to eat non-kosher or to eat kosher without saying a bracha, or about to speak improperly, or to disturb learning or to desecrate Shabbos (to name a few examples), we can’t turn our backs. We can’t say, “I’m too embarrassed to say something to him”. What would have happened if Zalman would have said, “I am too embarrassed to tell Beryl to stop making a hole?” He would have drowned!

Reminding others, in a nice way, to do the right thing will benefit the collective destiny of all Jews.