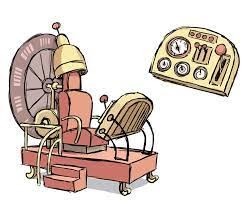 “For this commandment that I command you today is not hidden from you and is not distant.” (Devarim 30:11)

A woman grew up in California, always wondering if she had been adopted. She did not look like the rest of her family. She had a dark complexion while her parents and siblings had pale complexions. When she was 49 years old, her parents finally told her that she had been adopted. They did not know anything about her natural parents. All they knew was that she had been born in Israel. With the help of an investigative reporter, she discovered that she had been stolen from her parents at birth. Her parents, who had been newly arrived immigrants, had been told that their baby had died. Through DNA testing, this woman was able to trace her mother. A meeting between the two women was arranged. The two women had not seen the other for almost 50 years. They grew up in different cultures, with different lifestyles, and spoke different languages. Yet, when they met, they fell into each-other’s arms. They cried, hugged, kissed, and cried some more. They felt the close bond of a parent and child. (Rabbi Frand on the Parsha 2).

Rabbi Avigdor Miller zt”l discusses the greatness of every human. Hashem’s first act of Creation, creating the heavens and the earth, was unequaled in history. Hashem had created something from nothing! Then, Hashem created the rest of the magnificent world, including trillions of star worlds. Hashem did not make any special announcements before any of those creations. Yet, before creating man, Hashem made an announcement, “We are going to make man.” Mankind is the most important creation. Rabbi Avigdor Miller zt”l says that Man is not only greater than any object in creation. Man is more important than the entire creation, put together! Because of that, every action of man, even a small one, is very significant. If the king of a huge empire would sign a decree, it would affect millions of his subjects. His small act of signing a paper could determine life or death for millions, because he, as the one signing that paper, was such a great and powerful person. (Toras Avigdor on Parshas Ki Seitzei)

Because man is so great, every act of his is so significant. Any deviation from what Hashem wants, any sin, is magnified greatly and has an impact on the entire world! We must be so careful to try to avoid even the “smallest” sin.

If we could appreciate our greatness and the far-reaching significance of each sin, we could easily fall into a state of depression. We sinned! How can we extricate ourselves? How can we regain Hashem’s great love for us?

In fact, Rav Yisroel Salanter zt”l  says (Kochvei Ohr, perek 3) that historically, our prophets went to great pains to exhort us to do teshuva. They worked hard to try to convince the Jewish People who did not believe that their teshuva would be accepted. Why not? Because they understood the enormity of sin and felt that teshuva was not possible. They understood what it meant to lift a hand against Hashem.

Truthfully, we should be “stuck”, without any hope. We did something terrible. It seems as if we can’t undo it. We can’t go back into time, into a time-machine, and act differently. But we can!  Hashem gave us a time machine! As in computers, Hashem gave us a “system restore feature” which resets our system to the state it was in, on a previous date. Hashem, in His great kindness, gave us the gift of teshuva. By admitting our sin, feeling regret, and accepting upon ourselves not to repeat the sin, we can achieve forgiveness for our actions. Besides that, we can achieve even more than forgiveness!  Hashem can push the reset button and make it as if our sin never even happened! Even more, if the teshuva for our sin is totally sincere and brings us closer to Hashem, then our forgiven sin can potentially be considered a mitzvah.

We should never feel that we have sunk too low to do teshuva. The Torah (Devarim 30:11-12) says, “This is not in the heavens”.  The Netziv, Rabbi Naftali Tzvi Yehudah Berlin zt”l (in sefer Emek Davar) quotes the Ramban and Sforno that this refers to the mitzvah of doing teshuva resulting from his great love for Hashem. Doing teshuva out of love for Hashem is a higher level of teshuva, but it is doable. No matter how distant we feel, no matter how much we feel that we have drifted, the rift is not irreparable.  If we make a sincere effort to repent properly, we can always return to Hashem, just as a wayward son who is remorseful can always return to his father. His father is always close and will accept him with open arms. One may feel that he is unworthy of Hashem’s closeness because of his sins. He may fear that Hashem has abandoned him. That may lead him to sin further.  However, Rabbi A. Henach Leibowitz zt”l says, focusing on our special relationship with Hashem and Hashem’s constant and continuing kindness to us will help us realize and feel that teshuva is possible.

Man is greater than the universe! Every sin that he does, impacts the entire world!

Hashem, in His infinite kindness, gave us the opportunity to correct our wrongs.

If one does teshuva properly, Hashem will consider it as if his sin was never done.

As we approach Rosh Hashana, let’s try to improve. Rav Yisroel Salanter zt”l says that we should start by making improvements in matters that are easy for us.

We can start by improving one action, at a time.

That will put us into the category of people who are in the midst of doing teshuva.