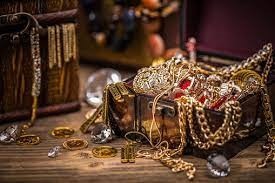 The Chofetz Chaim zt”l questions the connection between the beginning of the pasuk and its last few words. What is the connection of the words, “that you may live” to “Hashem … will circumcise your heart…to love Hashem…with all your soul”?

The Chofetz Chaim zt”l  (Shem Olam perek 20) explains that we should rejoice at being given the gift of life through which we can attain the eternal bliss of our soul being attached to Hashem. When we think about this, it will bring us a feeling of intense love towards Hashem for giving us this opportunity.

The Chofetz Chaim zt”l explains by way of beautiful parable. Beryl was exceedingly poor. He dressed in rags and was always hungry and thirsty. One day, as he was walking, he heard screams. He ran to the source of the screams, getting there just in time to save a young man. It turned out that the man he saved was the prince. The king was so appreciative. To show his thanks, the king opened his treasury for one day, allowing Beryl to take anything that he desired. Beryl ignored his increasing exhaustion, extreme hunger, and thirst and spent the entire day loading treasures into sacks. Beryl’s efforts made him one of the wealthiest men in the kingdom. With his newfound wealth, Beryl got involved in different business ventures. They were highly successful, making Beryl the wealthiest man in the kingdom.

Every year, Beryl made a lavish feast on the anniversary of the day that he entered the king’s treasure room and became a wealthy man. He invited all the nobility and important people of the kingdom to his feast. He did this for many years. At that point, many of the people that he had invited did not know the story behind his wealth. One year, he asked the assembled guests if they knew what day was his happiest, and most satisfying. They all responded that it was the current day, the day of the magnificent feast. During the feast, Beryl sat in the middle, getting all the attention. All the important people were there, the room was richly decorated, the tables were laden with delicacies, and servants were going back and forth to satisfy everyone’s needs. Beryl said that they were mistaken. It was a day many years before, that he still remembered very clearly. He was exceedingly poor and less important than a common servant. Yet, every moment of that day was filled with endless happiness. He was very hungry, very thirsty, and very tired. Yet, he ignored all those feelings because he knew that every moment, he was becoming wealthier and wealthier. The more wealth he gathered, the happier he became. The entire day passed without him worrying about his growing hunger, thirst, and exhaustion.

We are like the poor man, Beryl. Hashem has allowed us into His “treasury, to collect the treasures of Torah learning and other mitzvos. We only have a limited time, our lifetime, to collect all the treasures. As it says in Mishlei (Proverbs 3:15), “She is more precious than rubies; All of your goods cannot equal her.” One word of Torah learning is more valuable than all the wealth of the world, combined. We should rejoice each moment we have to acquire more of the “treasure” of the Torah and mitzvos. We should feel such happiness that life’s difficulties and challenges don’t bother us. This should also awaken within us strong feelings of love towards Hashem.

If we feel distant from this feeling of happiness and only feel love towards Hashem when He gives us goodness in this world, it is because we have a heart blockage that prevents us from appreciating the value of Torah and mitzvos. That blockage also affects the extent of love we feel towards Hashem. However, as the pasuk says, when Hashem removes the blockage, we will appreciate the value of Torah and mitzvos. Then we will love Hashem even more, for every moment of life that He gave us.  We will appreciate the fact that Hashem enabled us to acquire the enormous wealth of Torah and mitzvos thereby giving us the opportunity to attain eternal bliss with Hashem.

Let us try to appreciate the contents of the treasure room that Hashem has opened for us. Gathering as much Torah learning and mitzvos that we can, during our lifetime, will connect our souls to Hashem, for eternity.

This appreciation will also help us navigate through the trials and tribulations of life.