A Must-Read for Parents & Educators! – Don’t Talk to Me Like That! 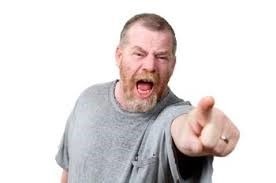 Two hundred and fifty years before the destruction of the First Beis HaMikdash (Temple), the prophet Zecharya received a prophecy from Hashem. Zecharya stood before the Jewish People and told them the ominous words of Hashem. “Why do you transgress the commandments of the LORD when you cannot succeed? Since you have forsaken the LORD, He has forsaken you.” (Divrei Hayaim 2- 24:20)

In response to Zecharya’s words of reproof, at the behest of King Yoash, the people stoned Zechaerya to death! (pasuk 21) The Jews killed Zecharya who was the prophet and the Kohain Gadol. He was killed on Yom Kippur, the holiest day, in a holy place, the courtyard of the Bais HaMikdash. This crime totally corrupted the Jewish People and distorted their personality traits of compassion and kindness. During the actual destruction Hashem punished them terribly. Their intense suffering, at that time, caused them to abandon normal human feelings and emotions in their dealings with each other. When Nevuzdaran came to destroy Yerushalayim, he saw Zecharya’s blood boiling on the ground. He did not know what it was. Eventually, he killed thousands and thousands of Jews until the blood stopped boiling. (Rabbi Elazar Hakalir in Kinnos Tisha B’Av , Kinah 17. See the foot-notes in the Artscroll edition).

What caused the Jews to react so vehemently against Zecharya? Midrash Rabbah (10:4) says that Zecharya was a great man, but to some very minute degree, he preached down to the Jewish People (as the pasuk states, mey’al ha’am, above the people). Something in his communication made it seem that he felt he was superior to them. They felt that he spoke down to them and only at them, not at himself.

When trying to help others improve, we must remove all traces of arrogance & humbly speak to them and not at them or down to them.

The Sforno in parshas Noach (6:8) explains that Noach only merited to save himself from the flood. His children were only spared due to Hashem’s graciousness. Why were Noach’s merits not sufficient to save his sons? The Sforno explains that Noach did rebuke the people of his generation and try to convince them to mend their terrible ways. He tried to make them understand the evil of their ways. However, Noach’s slight mistake was that he did not teach the people to understand and recognize Hashem. He did not teach them the beauty of emulating Hashem. Had he spoken to the people using this positive approach, instead of the negative approach, there would have been a chance that the people would have repented.

The entire world was so corrupt, wallowing in filth and sin that Noach felt there was no way to reach the people, other than the tough approach that their appalling sins would bring a terrible punishment. We see from this Sforno that a positive approach of reproof could have influenced them to change. Rabbeinu Yona says that it is important to stress the positive because it is impossible to suppress someone else’s desires. They must be retrained.

No matter how low a person falls, he can still be receptive when hearing the beauty of Hashem and the Torah.

We see from the events of Zecharya & Noach the proper way to speak to others, especially if we want them to change their negative behavior. We will not succeed if we talk down to them or tell them the terrible punishment that awaits them because of their evil deeds. We have a better chance of reaching them with a positive approach,

teaching the beauty of Hashem and the Torah.

The way we speak to others can be the difference of pushing them further away from us or bringing them close.