Let’s Stop the Disease from Spreading! 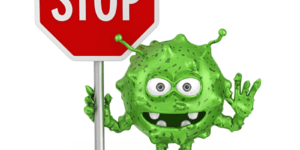 “And Hashem saw how corrupt the earth was, for all flesh had corrupted its ways on earth.” (6:12)

When Rav Eliyahu Lopian zt”l was a student in the Lomza yeshiva in Poland there was a major medical conference that took place in the local hospital. Many of the world’s most distinguished doctors gathered there to solve a serious problem. Every sick person who was admitted into that hospital for a lengthy stay for one illness, ended up contracting a different, severe illness. After many days of lengthy discussions, the doctors agreed as to what the problem probably was. After so many years and many thousands of patients, the germs of many different diseases had infested the wooden walls of the hospital. Their only solution was to tear down the building and get rid of every piece of wood from it.

The people in the time of Noach were very corrupt. The pasuk does not say that man was corrupt. Rather it says that all flesh was corrupt. Why? Rashi explains that not only was mankind corrupt. Even the animals and birds were corrupt and mated unnaturally, with other species.

The Midrash Rabba explains that the animals mated this unnatural way on their own accord. Rabbi Yosef Dov Soloveitchik zt”l, in his sefer the Bais Halevi, asks a question on this Midrash. Man has a yetzer hara, an evil impulse and has freedom of choice to do good or evil. However, animals do NOT have a yetzer hara and do NOT have freedom of choice. Animals act according to their natural, inborn instincts. How was it possible that the animals sinned and went totally against their nature and mated unnaturally?!

We know that man can change his own nature and habits through repetition of his actions. For example, our rabbis tell us that it is a bigger mitzvah to give tzedakah multiple times rather than one time, even if you give the same total amount. The reason is that the mitzvah of giving is reinforced by the repetition of the action. The same idea applies to sinning. The more a person sins in a specific area the more it becomes part of his nature. He can still overcome his new nature by not sinning, but it is more difficult since that is his new nature.

Rabbi Soloveitchik says that man can also influence the world around him even when he sins privately. If a person is drawn after a specific desire and acts upon it, he strengthens the power and influence of that desire in the world around him until it becomes embedded in the nature of the rest of creation. Man can literally change the natural instincts of all the living things.

This is what happened in the time of Noach. Man’s constant corruption strengthened the evil within him and changed the natural instincts of the animal and bird kingdom around him.

Rabbi Soloveitchik adds that man even influences and changes the nature of inanimate objects, which in turn can influence him even more. If a certain country has a breach in a certain trait or is drawn to a specific sin, a traveler to that country will feel himself being pulled towards that sin. He will have to exercise more self-control than usual to overcome that pull.

The Talmud says that our actions change the chemical makeup of the stones and beams of our homes. In the future, when we are judged by Hashem, the physical walls of our homes will testify what our actions were. Were we kind? Did we invite guests? Did we learn Torah? Did we speak loshon hara about others? And more.