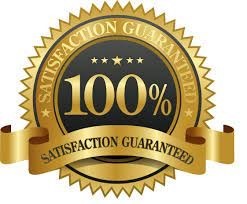 I vaguely recall a story of a king who wanted to have a beautiful suit of clothes made by an expert tailor. Besides his own, personal tailor, who was Jewish, the King assembled all the expert tailors in his kingdom. The tailors worked hard and produced many fine suits. The suit made by the Jewish tailor was by-far, the most magnificent. Part of the suit was even sewn with gold threads. The other tailors were jealous of the Jewish tailor. Someone whispered in the king’s ear that the Jewish tailor had stolen, keeping some of the expensive materials that he had been given to make the suit. The king pronounced the death sentence on the Jewish tailor. The Jewish tailor told the king that he had worked for him for many years and would never dishonor the king by stealing from him. The Jewish tailor then took out a pair of scissors and thread by thread, began taking apart the beautiful suit he had made for the king. When the garment was totally taken apart, the Jewish tailor was able to prove that all the materials that he was given had been used for the king’s suit. He had taken nothing for himself.

The Mishna (Meseches Shekalim 3:2) says that the Jewish People gave half-shekalim (silver coins) which were collected and placed in chests in one of the chambers of the Beis Hamikdash. That money was taken out 3 times a year to pay for communal offerings. The one who withdrew the money from the chest was not permitted to enter the treasury chamber wearing a hemmed cloak, shoes, or sandals, tefillin or an amulet. Why?  So that people should not suspect him of thievery. If he would become poor, some people might say that he became poor as a punishment for stealing some of the silver. Conversely, if he would become rich, some people might say that he became rich from the silver that he stole.  Interestingly, the concern was not that the one taking out the money would be dishonest. The concern was lest some people might say that he was dishonest. The Mishna finishes with an important moral note, “It is one’s duty to be free of blame before man, as before Hashem.” A person must carefully guard his reputation, even if in his heart he knows that he is not sinning. It is not enough to just be honest. One’s honesty must be visible to all!

The Parsha begins by giving a detailed reckoning of the amounts of the silver and copper that were donated to the Mishkan (Tabernacle), as well as what they were used for. The Kli Yakar says that Moshe quickly gave an accounting as soon as all the work was completed with the silver and copper. Moshe did so to remove himself from any possible suspicion that he had kept some of the money for himself. The half-shekalim of silver that were collected totaled 301,775 shekalim. Three thousand shekalim were used for each of the 100 adanim, the sockets that supported the upright beams of the Mishkan. The Midrash Rabba (Shmos 51:6) says that Moshe momentarily forgot what the extra 1,775 shekalim had been used for. The Da’as Zekainim says that some of the people suspected that Moshe had kept the extra silver for his own personal use. Suddenly, Hashem’s voice was heard saying that the extra shekalim had been used to make 15 silver hooks for the hangings around the courtyard of the Mishkan [In our Shacharis prayers, 15 adjectives describing Hashem’s attribute of Truth (emes, veyatziv, …) are recited immediately after the krias shema as a reminder of this]. After the Jewish People heard Hashem testifying upholding Moshe’s honesty, they no longer felt a need to receive an accounting of the gold. That is why Moshe did not eventually give an accounting of the gold later in the Parsha.

The Kli Yakar has a different interpretation, based on the Midrash Rabba (Shmos 51:6) and Midrash Tanchuma (7). Apparently, some of the scoffers suspected Moshe of dishonesty. They said that since Moshe had control over so much gold and silver that had been donated for the Mishkan, he must have taken some for himself. In response to that false accusation, as soon as the work with it was completed, Moshe accounted for how the silver and copper were used.

According to either interpretation, it doesn’t make sense to say that Moshe was not trusted or would have felt the need to prove his honesty. The Ohr HaChaim (Shmos 38:21) says that it was quite inconceivable that a man with whom Hashem spoke frequently could be dishonest. Surely Hashem would not speak with him if he was even slightly dishonest. Furthermore, the Jewish People owed their very lives to Moshe. It was only due to his prayers that the Jews were not killed in punishment for being involved in the sin of the Golden Calf. Through Moshe, Hashem had performed miracles for them in Egypt and at the Red Sea. Moshe led them to freedom. He was sensitive to all their needs, and asked Hashem to provide water and food for them in the desert. He was Hashem’s trustworthy servant and spoke directly to Hashem. His face shone due to his relationship with Hashem. Moshe even ignored the opportunity to become wealthy before leaving Egypt, by asking for riches from the Egyptians. Instead, he busied himself looking for Yosef’s coffin.

I recall that my Rosh HaYeshiva, Rabbi Alter Henach Leibowitz zt”l, would always say, “How would your actions be perceived if they were on the cover of the NY Times?” In other words, are your actions so noticeably honest that there is no way that they could be misconstrued to be dishonest. Similarly, Rabbeinu Bachya (Shmos 38:25) says that people must always be on guard. They must conduct themselves in an exemplary fashion. They must not arouse suspicions in their fellowmen of having been guilty of a misdemeanor.