If I Am Not First, I Am Not Going! 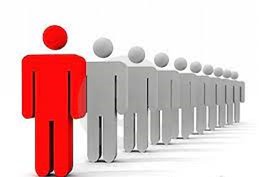 The Navi (Melachim I, Perek 11) discusses that soon after the death of King Solomon, the Jewish kingdom split into two. Rechavam ruled over the tribes of Yehudah and Binyamin. Yeravam the son of Nevat ruled over the remaining ten tribes. King Yeravam did not want the people to go to Jerusalem to bring korbanos. He was concerned lest it cause them to accept Rechavam as their king. Therefore, he set up two golden calves for the ten tribes to worship. Because he instituted idolatry, King Yeravam was considered a great sinner.

The Talmud (Sanhedrin 102A) says that Hashem sent prophets to implore Yeravam to repent. “Repent, and you and I and the son of Yishai [King David] will stroll together in the Garden of Eden.” Jeroboam asked, “Who will walk in the lead? Hashem replied, “The son of Yishai will walk in the lead.” When Yeravam heard that he would not be first, he replied, “If so, I do not wish to repent.”

Yeravam’s response was unbelievable! Hashem offered him a golden opportunity. Yet, Yeravam refused because King David would be greater than him!

Rabbi Moshe Chaim Luzatto, in his sefer Mesilas Yesharim (chapter 11), says that a person’s desire for honor is even greater than his desire for wealth! Yeravam was given a wonderful opportunity. If he would repent, he would become very close to Hashem. He would have accepted. However, his desire for honor was too great and caused catastrophic results. He lost his portion in the World to Come because he was not willing to let King David go before him.

In Pirkei Avos (4:28), Rabbi Elazar HaKappar says that the desire for glory is one of the three things that remove a person from this world.

In this week’s parsha, the Torah (Bamidbar 25:11) describes Pinchas as the son of Elazer, who was the son of Aharon. Why was it necessary to say this? It was already written in the end of the previous parsha! Rashi explains that the other tribes were disparaging Pinchas for his act of killing Zimri and Kozbi. Pinchas’ grandfather, Yisro had been an idolator, fattening calves for idols, before he had converted to Judaism. How dare his grandson, Pinchas, kill the head of a tribe (of Shimon)? Therefore, the pasuk emphasizes that Pinchas was distinguished as he was also the grandson of Aharon.

The Kli Yakar has a different explanation. Pinchas should have held himself back from such an act of vengeance, lest the scoffers of the generation ask, who permitted your father to marry the daughter of Yisro (who was from Midyan)? What right did you have to be upset that Zimri also took a woman from Midyan? Your mother’s father fattened calves for idol worship. What right did you have to be upset about the idol worship that Zimri’s action entailed? Furthermore, Aharon, your father’s father, made the Golden Calf. What right did you, Pinchas, have, to be so zealous? The Kli Yakar continues, nevertheless, Pinchas zealously killed both Zimri and Kozbi and was not concerned about his own honor.

Rabbi Henach Leibowitz zt”l (as quoted in Sefer Chidushei Lev by Rabbi Binyamin Luban) asks, why is the Kli Yakar emphasizing that Pinchas acted without concern about his honor? Why was that praiseworthy? Wouldn’t it have been more praiseworthy to say that Pinchas acted for the sake of Hashem, to prevent a desecration of Hashem’s name? Wouldn’t it have been more praiseworthy to say that Pinchas saved the Jewish People from the deathly plague that had resulted from their allowing this chilul Hashem?  The plague only stopped when Pinchas killed Zimri. Why not praise Pinchas for placing himself in mortal danger, acting without concern for his life (see the Midrash Rabba 20:25)? Why is he being praised for acting without being concerned about his honor?

Since the Kli Yakar emphasizes this, it must be that this was the greatest praise of Pinchas! Apparently, had he been concerned about his honor, he would not have killed Zimri! He would have rationalized that he would not have been obligated to act since the situation was not in his control.

We see an unbelievable understanding of the human psyche. One’s desire for honor is stronger than one’s desire to live. If Pinchas would have desired honor, he would not have killed Zimri. However, the imminent danger to his life did not hold him back.

We see this same human emotion in the Navi (Melachim II, 5:11-12) with the story of Na’aman. Naaman was the commander of the army of the king of Aram. He was a leper. He had heard that the prophet Elisha could perform miracles. He travelled all the way to Eretz Yisroel, to Elisha’s house. Elisha sent out a messenger, telling Na’aman that he would be cured if he would bathe in the Jordan river, seven times. Na’aman was incensed and walked away, ready to return home, uncured. Abarbanel explains that Na’aman felt that his honor had been slighted. He felt that since he was an important person, Elisha should have personally come to greet him. He also had expected Elisha to stand the entire time that he was with him, just as others did. He had expected Elisha to call out in the name of Hashem, asking for a miracle. He was surprised that Elisha had told him to do something that he could have done in any of the rivers near his home. As he was about to return home, his servants convinced him to at least attempt what Elisha had told him. He did and was cleared of his leprosy. He returned to Elisha, offering great gifts, which Elisha refused.

Na’aman had been close to leaving, without being healed. He had heard that Elisha had performed miracles and he had travelled a great distance to come to Elisha. Yet, his desire for honor was even stronger than his desire to be healed. He felt that Elisha had not accorded him the proper respect befitting a man such as himself. To protect his honor, he had decided that Elisha did not have the power to heal him.

The desire for honor is so strong! How can we lessen that desire? Perhaps it would benefit to focus on the words of the Nesivos Shalom of Slonim (quoted in The Pirkei Avos Treasury by Rabbi Moshe Lieber, Perek 4 Mishna 1) that “G-D- given virtues and talents are gifts and do not entitle their recipient to any recognition.”