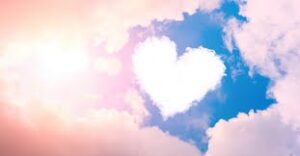 “Give us a possession [in Eretz Yisroel] among our father’s brothers” (Bamidbar 27:4)

Hillel used to say that we should emulate Aharon Hakohen, who loved peace and chased after peace, who loved people and brought them closer to Torah (Pirkei Avos 1:12). If a person was a sinner, Aharon would befriend him, showing his love for him. That person would feel, “If this Tzadik would know about my evil deeds, he would stay far away from me” (Rav Ovadia MiBartenora). The person would feel embarrassed about his evil deeds and would improve his ways. Aharon’s love “conquered” the sinner’s mindset and helped rehabilitate him.

Hashem told Moshe which Jews would inherit land in Israel. Only males inherited portions of the Land. Tzelafchad’s five daughters approached Moshe with a complaint. They said that their father had died and did not have any sons. Therefore, they wanted to inherit their father’s portion in the Land of Israel. Moshe brought their claim to Hashem who agreed that they should inherit their father’s portion. Rashi says that the daughters were not motivated by the desire for financial gain but were motivated by a passionate love for the Land of Israel.

Their love for the Land was in stark contrast with that of the men who scouted the Land of Israel. The spies did not have true love for the Land of Israel. It says in Tehillim (106:24) that “they despised the desirable Land”. The Malbim explains that this pasuk is referring to the spies. Since the spies did not have true love of the Land, they did not believe Moshe’s words that the Land was good.

Rav Avraham Pam (Rav Pam on Chumash by Rabbi Sholom Smith) explains that the spies described the Land exactly as they had seen it. The cities were heavily fortified, the land was inhabited by giants, the fruit was unusually huge, and many funerals took place there. Nevertheless, the spies should not have worried. They should have trusted in Hashem who promised them that the Land was wonderful and that He would destroy its inhabitants. Since their love for the Land was lacking, the obstacles they had seen appeared to be overwhelming. This feeling caused them to abandon hope of entering the Land. This was their sin. However, Yehoshua and Kalev described Eretz Yisroel in glowing terms. They said, “The Land we passed through … is very, very good” (Shmos 14:7). Since they had a love for the Land, they did not view the obstacles they saw as obstacles. They knew that the obstacles could be overcome.

All the Jewish women of that generation had a passionate love for Eretz Yisroel. That love negated all the fears and doubts that troubled the men who did not have the same degree of love for the Land. Therefore, while the men, from the ages of twenty to sixty, died in the desert, the women merited entering Eretz Yisroel.

Rav Pam says that this insight teaches us a very important message. Often, one is inspired to action. It may be to learn more Torah, to do an act of kindness to others, to do any other mitzvah or any positive act. After planning to act on his inspiration, often a person can be plagued with doubts. He may feel, “Can I really do this? Am truly qualified? Is it too hard for me? There are too many things that can go wrong”. He may see so many issues that he may change his mind and decide not to do it.

The lesson of the daughters of Tzelafchad is, if one has intense love for something, that can help him overcome all obstacles. It will help him shake off inevitable uncertainties and give him the drive to accomplish his goals.

My Mother, Risha Toba bas Reb Gershon, passed-away last week. She exhibited many good character traits. One of her strengths was the sincere love and graciousness that she showed to everyone. In different ways, she connected to people of all ages. She connected to both Jews and non-Jews. She loved people – and they felt her love! The way she treated people was truly mekadesh Shem Shamayim. May her neshama find its eternal rest in Gan Eden!